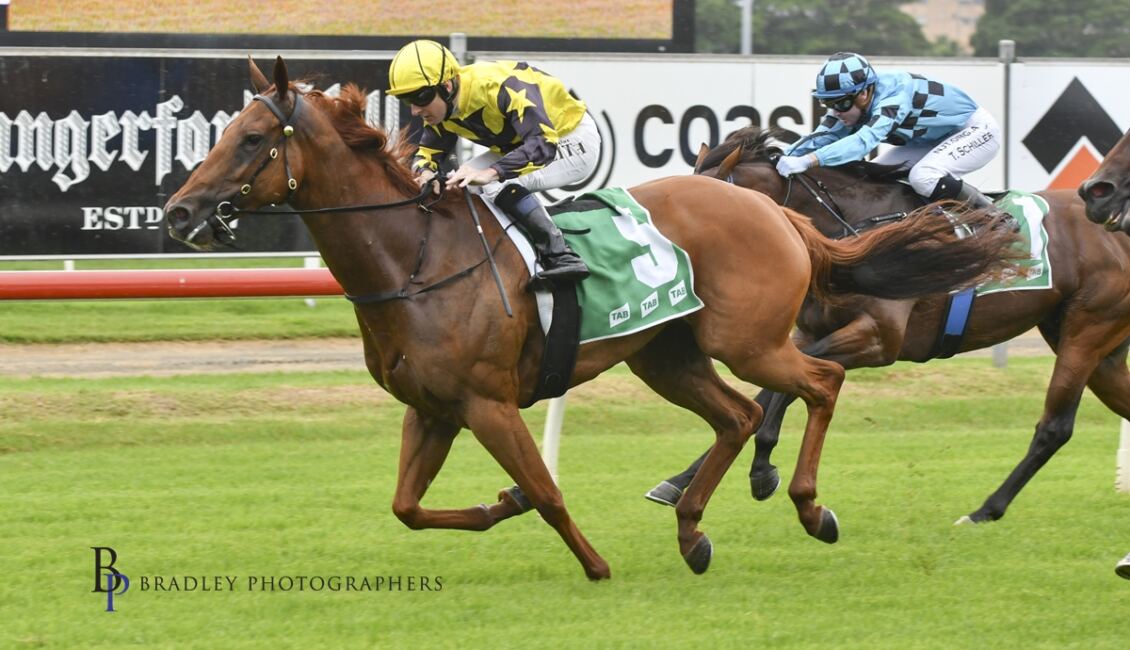 Sydney based jockey Christian Reith for the second time in seven days rode three winners at the Newcastle Racecourse on Saturday. The previous Saturday at Newcastle the Group 1 winning jockey rode the first three winners before the meeting was abandoned after race four.

On Saturday, Reith’s treble included the Godolphin pair Bastaki and Lolanthe and Newcastle mare Dreaming Of Gold. James Cummings Godolphin’s trainer only sent the two horses to Newcastle on Saturday. Three year old Bastaki was the subject of a huge plunge when resuming from a spell in the 900 metre Maiden Plate.

The Snitzel filly was backed from $2.20 into $1.30 and after a fast start she sat outside the leader Icanfly before surging clear halfway down the straight. Bastaki under hard riding, held on to beat the gallant Morpeth mare Dragons Beauty by half a length.  She has had four starts, three at Newcastle where she has a win and two seconds. In contrast to Bastaki, Lolanthe was friendless with punters and was an $8 chance in the 1400 metres Maiden Handicap.

A costly yearling Lolanthe a daughter of Golden Slipper winner Vancouver, turned in an outstanding performance in her second race start. The filly was three lengths behind the second last horse soon after the start. Reith brought her to the outside at the top of the straight and she stormed home to win by a length.

Nathan Doyle’s Dreaming of Gold near death after her previous start at Tuncurry in September bounced back with a tough win in the 1200 meter Class 1 Handicap. The mare sat outside the favourite Cadenabbia until the last 100 metres where she hit the front and held on to win by half a length. Doyle was full of praise for Dreaming Of Gold as he outlined her problems since the Tuncurry run. “This mare was close to death as she became ill and was on a drip. Her owners spent a lot of money to save her and they have been rewarded. Dreaming Of Gold is one tough female.

She is best ridden quietly but Christian Reith was concerned that if he didn’t go forward on her, the leaders may slow up and make it difficult to run them down. She was about 90% fit and will improve greatly after that run. Both her wins have been at Newcastle and we may have a crack at the upcoming Provincial Championships” Doyle said.