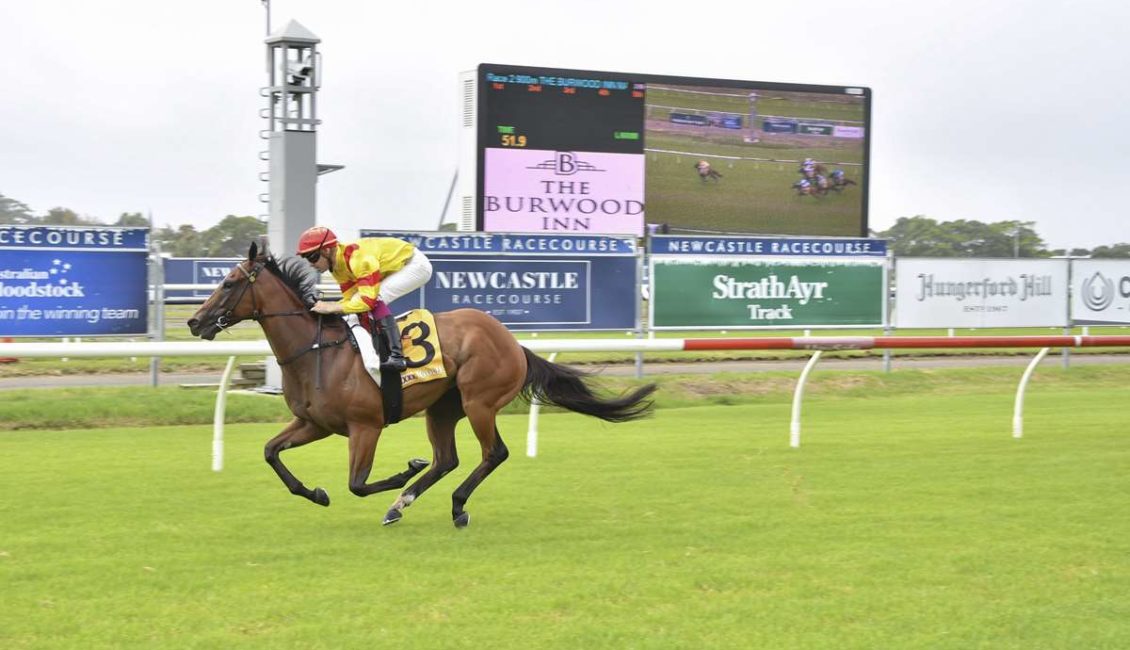 Newcastle’s amazing course proper once again stood tall on Saturday when despite 48 millimetres of rain in the day prior to the meeting Godolphin’s talented filly Colette broke the track record in the 1885 metre Cuppa Joes Class 1 Plate.

Colette was runner up in her previous two starts at Kembla and the Beaumont track but in both starts she has indicated she wanted more ground. On Saturday, Colette stepped out over a middle distance and she romped home by 6¼ lengths in 1.55.27.  The previous record of 1.55.46 was established by Our Fun on December 7, 2019. Colette could be headed to the ATC Australian Oaks in the Autumn.

Gerald Ryan’s classy three-year-old Covert Ops racing for the first time as a gelding, ended a frustrating run with a brilliant win in the Burwood Inn Maiden Plate (900m). Covert Ops didn’t jump well but he quickly sprinted along the rail to trail the leader until the top of the straight.

Keagan Latham dragged the $1.60 favourite across the leader’s heels and relished the soft conditions. Covert Ops raced away to win by 3½ lengths in a smart 51.69 under the conditions. The winner sprinted the last 600 metres in a sizzling 32.15 on a soft track. Boom Irish apprentice Tom Sherry took his season tally of winners to 48 when he steered home a treble on Saturday.

The quietly spoken but richly talented Sherry is enjoying a cracking first season in Australia where he only had his first ride in the country in October. Sherry’s three winners were Red Notice for Hawkesbury trainers Jason and Lucy Attard, Dominus for John Sargent and the Richard and Michael Freedman trained On The White Turf.

The latter raced by a group which includes Sky Racing’s Dave Stanley, was very impressive first up over 1200 metres. The mare, a New Zealand bred daughter of champion sire Savabeel, a Cox Plate winner, had not raced since the Queensland Oaks in June. She had good wet track form and she sprinted home down the outside to win by 1¼ lengths in a smart 1.10.46

Sargent completed a double for the day when Get The Idea outclassed his rivals in the final event.