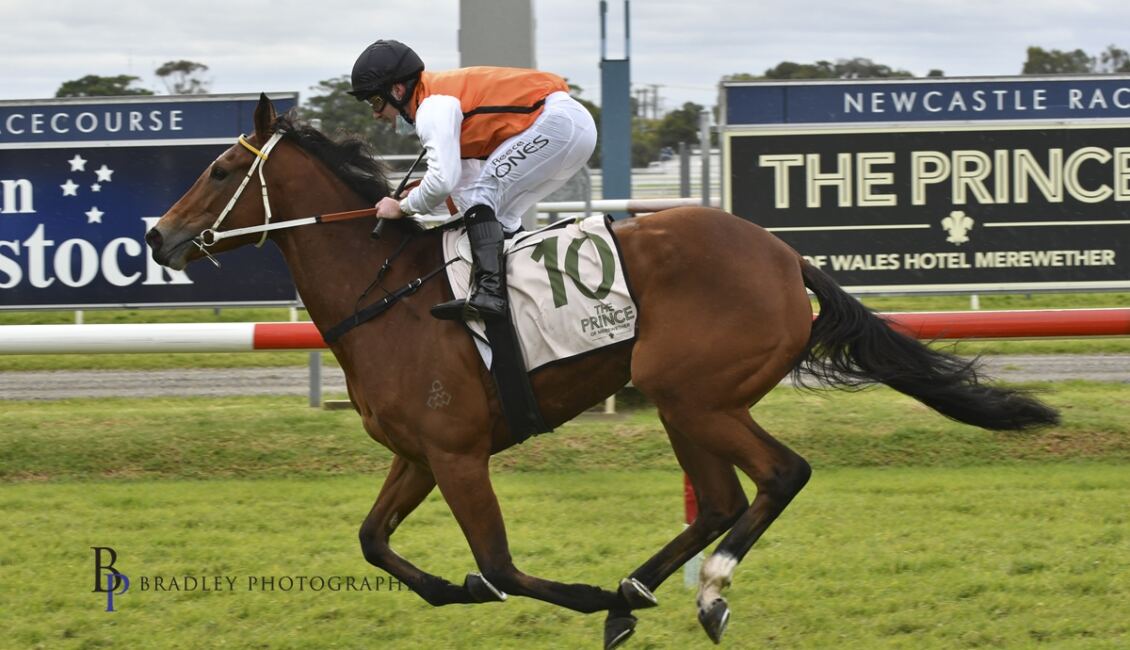 Jones, apprenticed to leading Scone trainer Rod Northam was two wins behind Sydney apprentice Tyler Schiller heading into Saturday’s Newcastle’s meeting. Schiller suffered a fractured wrist on Thursday and Jones claimed the title with a treble at Newcastle on Saturday.

The quietly spoken country boys three winners were Mon Amore for Paul perry, Dominant Lady trained by Jason Deamer and the heavily backed Ladies Gem for Randwick’s Jim and Greg Lee. Jones could have ridden five winners as he was runner up on Garmish and Razment which were both trapped three wide with no cover and were unlucky.

The treble takes the states winningest apprentice to 96 ½ wins for the season. He can ride at Tamworth on Monday but is then suspended until July 23. The season ends on July 31.

“It has been an incredible season for me and I am desperate to reach the century of wins for the season. I had a great book of rides on Saturday and I went into the meeting confident. I could have ridden five winners as two favourites I rode Garmish and Razment finished second and were beaten by adverse barriers.

Early in the season my target was to ride 50 winners but a possible century was not in my wildest dreams. Recently I made the decision not to ride in Sydney on a Saturday but concentrate on the provincial tracks. Turned out to be the right move as I have ridden 5 winners at the past two Newcastle meetings. It is such a great big track and I love riding here. To win the Newcastle Apprentice Premiership is a big thrill” Jones said.

Kris Lees was winless at Newcastle on Saturday however he won the NJC’s Trainers Premiership with 19 wins one ahead of Chris Waller.

Christian Reith with 23 winners was the Newcastle Premiership winning jockey for the season.

Saturday’s meeting was the last for the season on the Newcastle track and the track stood tall despite rain throughout the day.

The two Newcastle trained winners Mon Amore and Dominant Lady revelled in the conditions. Paul Perry’s filly Mon Amore was runner up in her previous three starts. She was an easy winner of the 2350m Class 1 and Maiden Plate. She is a promising stayer.

Jason Deamer’s filly Dominant Lady ran up to her eye catching Randwick performance in her previous start. She out ran odds on favourite Agrum to win the 900m Class 1 Handicap.

Last seasons Newcastle Premiership winner Andrew Gibbons was admitted to John Hunter Hospital after being dislodged from his mount Noble Flame in race 2. He has a fractured sternum and patella.