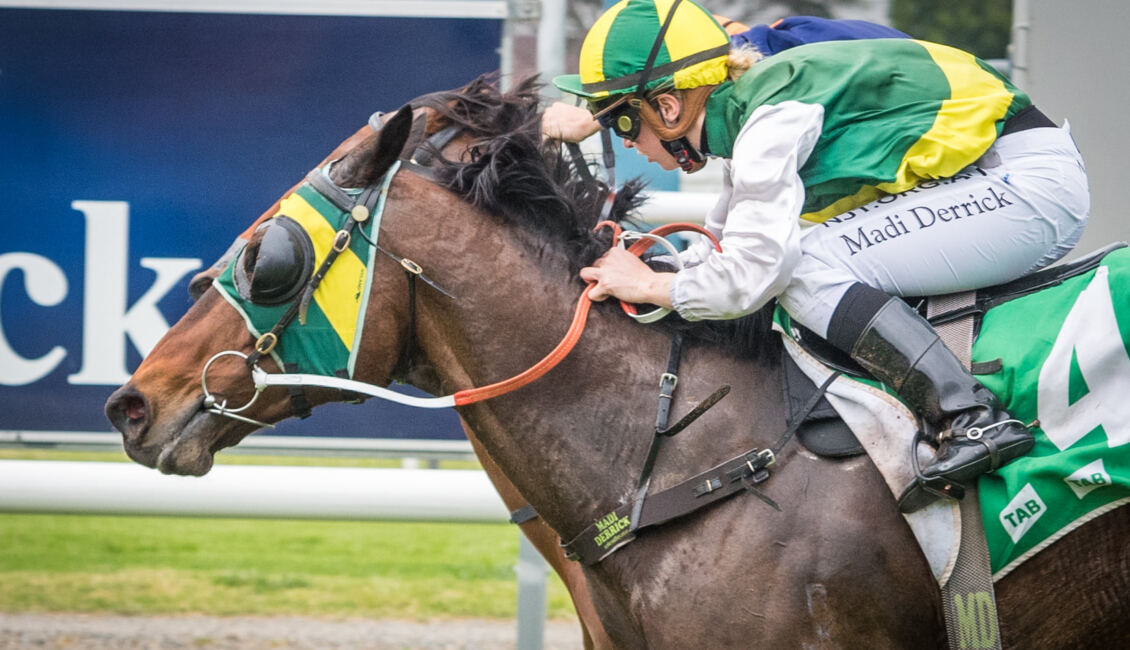 In only her second ride on the Newcastle track, Derrick and Fair Dinkum were in second last place on the home turn in the 900 metre Avid PM Benchmark 64 Handicap. Derrick eased the winner away from the rail into clear space at the top of the straight and he unwound down the outside of the field.

Fair Dinkum nailed the locally trained Omar right on the winning post to win by a nose. The 23 year old from the West was over the moon.

“Really excited, it was a big thrill for me as I only joined the Kris Lees stable two weeks ago. I wasn’t confident during the races as he had no speed and I thought we were giving away too big a start on the turn. However, once in the clear Fair Dinkum hit the top gear and he really let down. My family was watching and cheering in Western Australia.”

“I am so fortunate that Mr. Lees has taken me on for three months on loan. The people at the Lees stable are great, so friendly and helpful. It is so good to have Sam Clenton there for advice and she is such a terrific rider”. Derrick said.

The lady’s partner Chris Nation is the Newcastle Jockey Clubs course manager and the pair arrived in Newcastle two weeks ago. Derrick had her first race ride on Australia Day 2020 and she as ridden 98 winners. She rode four winners from her first five rides and steered home forty winners in her first six months of riding.

Kris Lees bookended the Newcastle meeting with a promising European stayer and a rejuvenated blueblood. The Newcastle leading trainer was at his home track to saddle up the American bred Daysan in the Red Funnel Benchmark 64 Handicap (2300m). Daysan a 5 year-old gelding was purchased from Europe by Lees’ major client Australian Bloodstock and Saturday was his third start for the stable.

A stout stayer he finished fourth in his first start for ten months in a 1700 metre Scone Class 1 on August 12. Stepping up to 2000 metres at Hawksbury on August 31 the import came from last to win impressively. On Saturday Daysan drifted from $3.60 to $6.00.

Lees apprentice Dylan Gibbons allowed the stayer to settle midfield eight lengths off the pace. Gibbons steered the gelding into the clear half way down the straight and he raced away to win by 1.2 lengths.

Sammy, the son of Lee’s three-time Group 1 winner Samantha Miss has found a new lease of life since being gelded. A $1.55 favourite with Gibbons in the saddle, Sammy confirmed his eight length victory at the previous Newcastle meeting was no fluke. Ridden closer to the lead he warmed up late and surged to the line to win by .91 of a length.