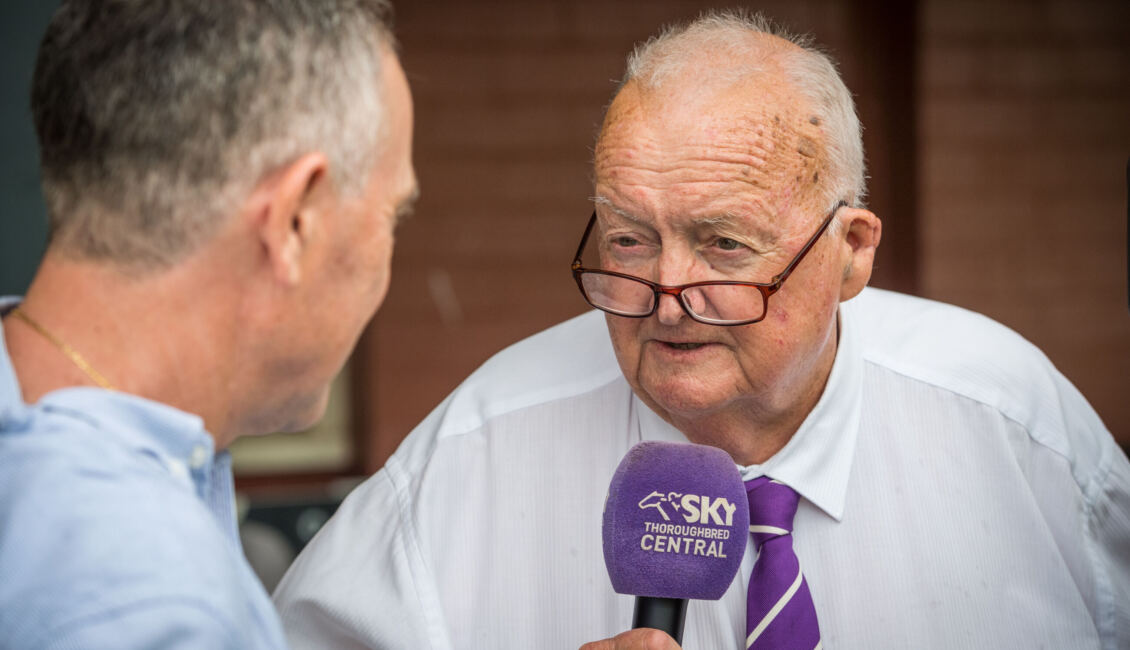 Tough New Zealand bred stayer BAYCIO DEL MIST broke through for a well-deserved victory in the 2300m Class 1 and Maiden Plate at the Newcastle race meeting on Saturday. The 4 yar old mare had been runner up in four of past five starts of Canberra, Scone, Goulburn and Taree. Andrew Gibbons had the mount on BACIO DEL MIST on Saturday and his patient ride on the heavy track paved the way for victory by the grey mare. She was strapped four wide with a lap to run so Gibbons eased her back to last.

BACIO DEL MIST bobbed along eight lengths off the pace until she started to make ground approaching the home turn. It was a tough grind down the long straight particularly as the runner up THAILAND had dashed clear. However as she had done in he past the mare kept coming and now running away at the finish. The winner is prepared by the Rosehill training partnership of Lee and Cheri.

David Atkins was the only local trainer to saddle up a winner on the program which was reduced to six races because of poor visibility.

ATKINS filly ISLAND LASS has raced five times on her home track prior to Saturday for one placing. The second playing two start back behind STROMBUS on a heavy 10 track was her best performance in nine starts on Saturday she ran down favorites CALIFORNIASILENCER and again signified her liking for a heavy track.

Talented Grafton jockey Ben Locker made a rare appearance at Newcastle to steer home the winner.

Hunter Valley based Mikayla Weir rode her 54th runner for the reason when she was aboard the Taree trained YOUR TEMPTATION to an easy win in the 1400m Maiden Handicap. The 3 year old put the writing on the wall with a close third placing on this track last start.