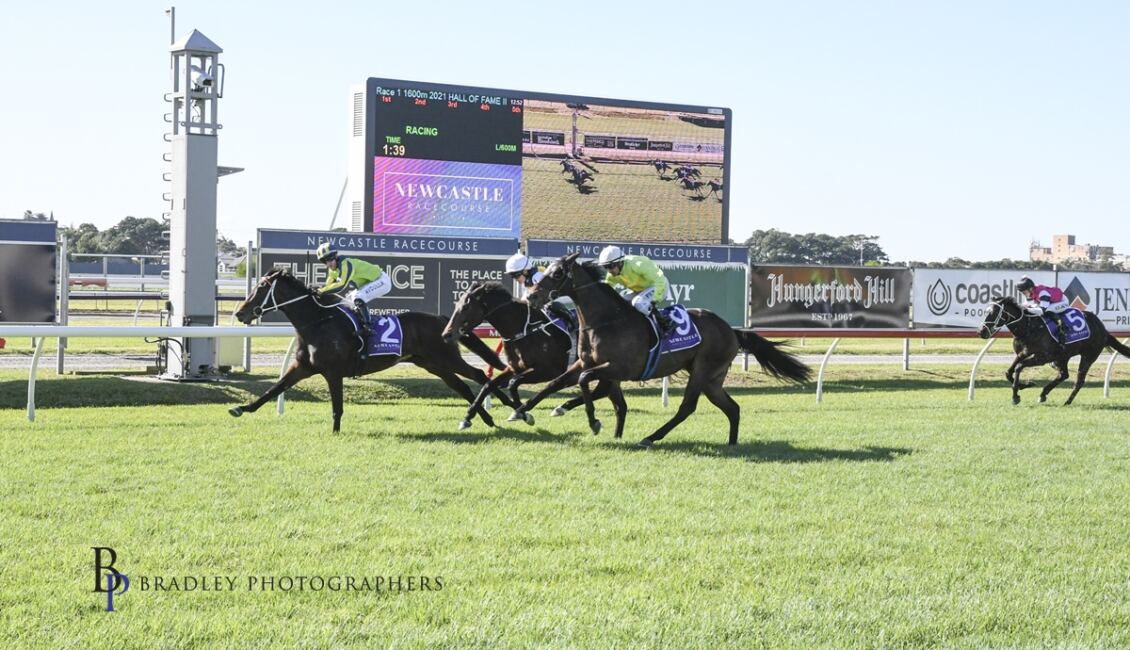 A treble to Brenton Avdulla and doubles to Kathy O’Hara and Chris Waller highlighted the Hall Of Fame race meeting at Newcastle on Tuesday. All three of Avdulla’s winning rides were of the highest quality.  He started the day aboard Kris Lees’ 3yo Sian in the 2021 Hall Of Fame Inductees Class 1 Handicap -1600m. Avdulla put Sian in the ‘1-1’and the gelding was too strong in the Lucia Valentina colours.

Sur La Mer from the Waller stable looked the bet of the day in race 2, The Westpac Rescue Helicopter Maiden Plate 1250m. The filly was a ‘good thing’ beaten on debut at Newcastle on April 10 and then finished second at Warwick Farm last start. Avdulla settled her in fifth place one off and she sprinted quickly in the straight to win easily.

Paul Perry’s colt Cruel Summer made his opposition look second rate in the Jennings Print Group 2YO Maiden Handicap 1400m. Ridden by Kathy O’Hara, Cruel Summer was only beaten a head at Newcastle two starts back. The winner is a son of Perry’s former star Choisir.

Matthew Smiths’ 3yo Astero is unbeaten this campaign after a brilliant win in the Ascend Trophies and Sales Benchmark 64 Handicap 1400m. Ridden by O’Hara who gave the favourite a gun ride, he sprinted quickly in the straight to win easily. The gelding has had six starts for two wins and three seconds.

European galloper Wicklow made an impressive Australian debut when he came from last to win the Prince Of Merewether Maiden Plate 1600m. Wicklow was placed in two of his three starts in England before joining the Chris Waller stable. He had two Rosehill trials before Tuesday’s run and the 3yo has a bright future.

Warwick Farm trained Roman Wolf maintained his excellent first up record when he stormed home to win the final event, the IER – Focused Event Thinking Benchmark 68 Handicap 1200m. All three of Roman Wolf’s wins have been first up.

The Newcastle Jockey Club race again at Newcastle on Saturday.