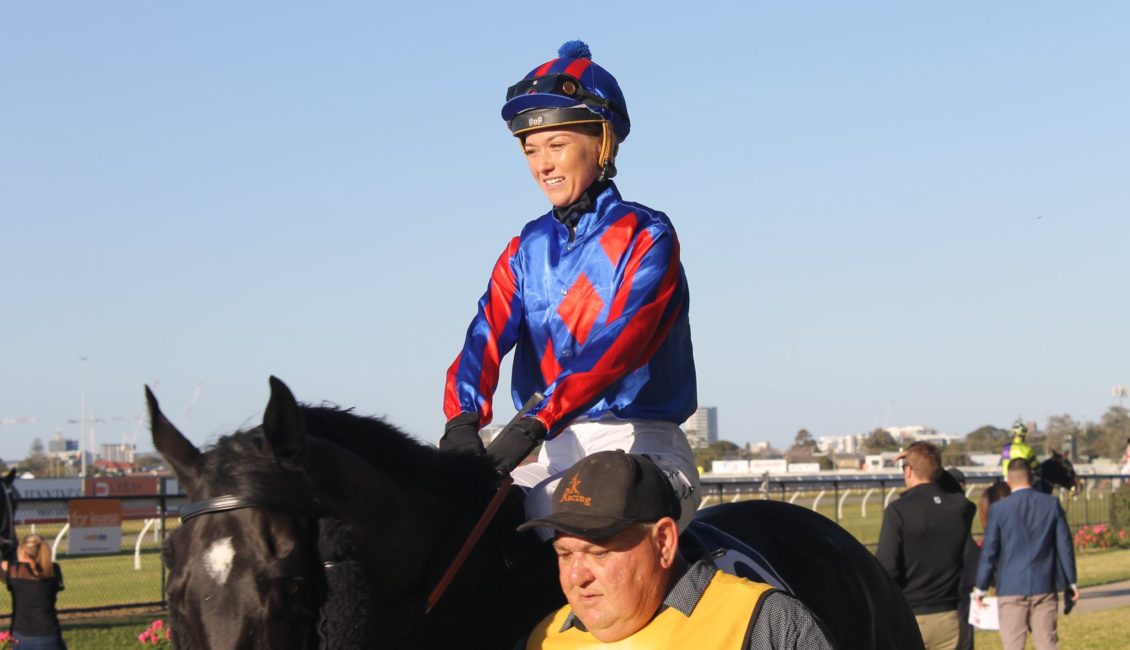 You couldn’t get the smile off Rachael Murray’s face at Cessnock Racecourse on Monday afternoon, after she steered Profiler to victory in the Jungle Juice Cup.

A late call-up after Darryl McLellan called in sick, Murray brought the nine-year-old gelding home strong, sprinting quickly down the last 200 metres to beat I Wanna Be A Jeep by just over a length.

Earlier in the eight-race program, there was success for Cessnock duo Robert Thompson and Jeremy Sylvester, with Thompson riding the Sylvester-trained Luff to victory in race two.

On a good day for Hunter trainers, Divine Dream took out race three for Newcastle’s Paul Perry, with Jeff Penza on board, and Muswellbrook trainer Ben Hill had success in race five with Mahervellous, ridden by Newcastle jockey Blake Spriggs (who also subbed in for McLellan).

Prominent trainers Ciaron Maher and David Eustace, who have stables at Warwick Farm, picked up a win in race four with Tapiconic, ridden by Christian Reith.

Newcastle Jockey Club industry liaison and racing supervisor Michael Buckley said while the crowd numbers were down on previous years, it was a relatively good turnout for a Monday meeting.

“The weather has been kind to us, it’s cooled down compared to the weekend, and for a Monday we’re quite happy with the crowd,” Buckley said.

“The track was upgraded from a good 3 to a firm 2 during the day.

“Overall, jockeys and trainers have been happy with the surface.”

Racing NSW made the decision to move the event to the Monday and combine the meeting with the Cessnock Cup.

First held in 1981, the Jungle Juice Cup had been contested on the second Friday in October for the past two years, after many years on a Tuesday in July.

Monday’s meeting was Cessnock’s last for the year, with racing to return in January 2020.