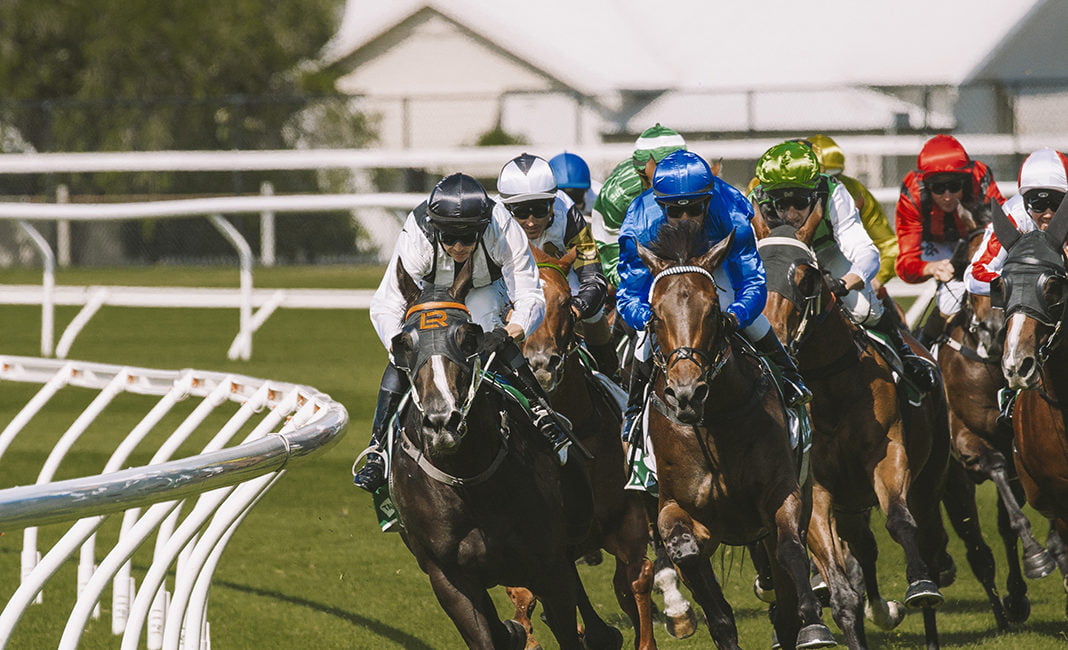 Rachel King allowed the mare to drift back to the tail of the field after she was first out of the barriers. Survey’s Legacy travelled three-wide to the home straight where she unwound a powerful finish to win by 1 ½ lengths running away. Raced by a group which includes Hopkins Coffs Harbour family, Survey’s Legacy has won more than $80,000 on the track.

Hopkins had mixed emotions after the race. “Thrilled to win a race on my birthday however disappointing that Survey’s Legacy won’t race again. The mare has bled for the second time and that is a life disqualification. I gave her a chance but felt the 900 may be too short. It is a shame her career is over, as that was some win today,” Hopkins said.

He moved to Newcastle four years ago after working for John O’Shea. Hopkins wife Hannah is a Veterinary surgeon in Newcastle. He has seven horses in work and won the 2017 Cameron Handicap with Got Unders.

Rachel King went onto ride two more winners at the meeting. She was aboard the promising stayer De Valera which bolted in with the 2355 metre Reward Hospitality Class 1 & Maiden Plate. A $1.3 million yearling, De Valera put the writing on the wall with a strong finishing second at Kembla 12 days earlier. The colt had a dream run throughout the race and when King called on him in the straight he raced away.

The win was a welcome home present for trainer John O’Shea who only arrived home from overseas the previous day.

The third leg of King’s treble was aboard the Mark Newnham trained filly Super Longlea in the 900 metre Senpos 2YO Maiden. The More Than Ready filly was on debut on the back of two trial wins and she was impressive. King trailed the two leaders before riding the winner along in the straight and she raced clear to win by 1 ½ lengths.