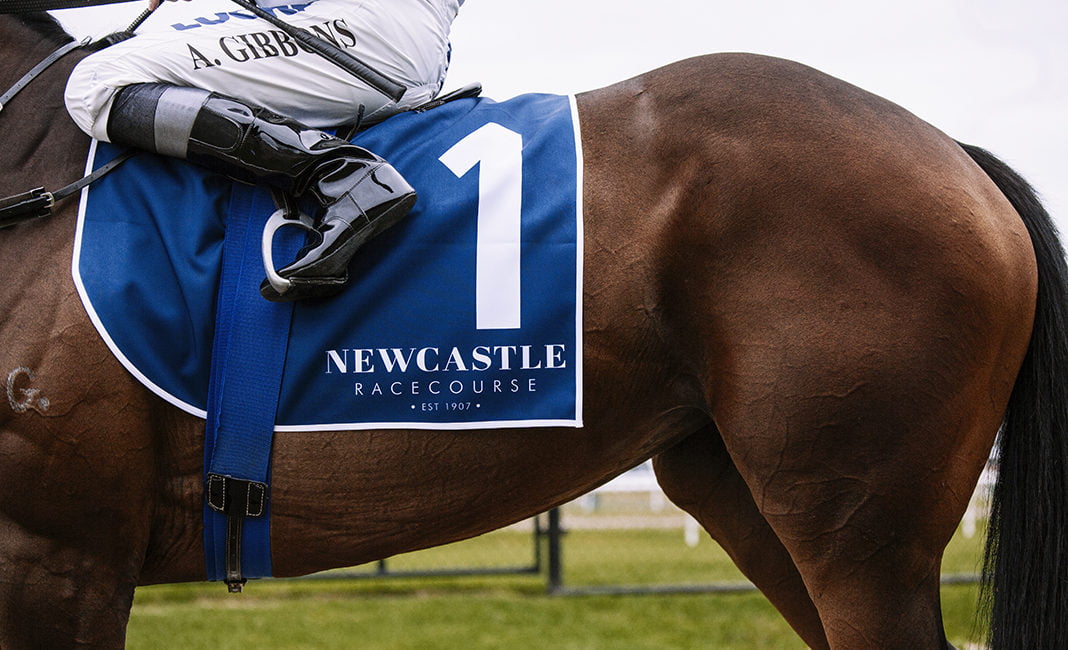 Newcastle trainer Nathan Doyle’s rising star Strawb will be a short-priced favourite to win her fourth race in six starts when she steps out in the Australian Bloodstock Benchmark 70 Handicap (1400 metres) at Saturday’s Newcastle meeting.

The blueblood, a member of the More Joyous family, came from well back to win a Class 1 Handicap by 2.3 lengths at Newcastle last start on June 20. Doyle is the third trainer that has prepared Strawb in her limited career. She has caused the successful Newcastle mentor many a headache due to her terrible barrier manners, but Doyle believes extensive recent barrier practice has paid off.

“After a couple of weeks putting Strawb though the barrier she jumped well at Newcastle last start and bolted in. I am confident the mare will not miss the start on Saturday. Strawb has come from well back in big fields in her three starts for me but she can roll forward with a clean getaway. She is the most talented horse I have trained and it will take a very good horse to beat her on Saturday.

I am fortunate to have her in the stable as she went to stud last season and didn’t get in foal. Her owner Matthew Sandblom bought her off John Singleton after she was beaten 17 lengths in her first start at Newcastle in February last year,” Doyle said.

Another Sandblom owned-Doyle trained galloper Royal Banquet heads to the ‘Provincials’ on Saturday at Newcastle and he is also talented. The three-year-old has had three starts for two wins and a third. In his first start for Doyle, Royal Banquet blitzed a Class 1 field at Scone on June 22 “He is pretty raw this bloke and he was never on the bridle at Scone before racing away. Royal Banquet has made rapid improvement on the track since the Scone win. I also have Rhythmic Pulse lining up against Strawb and he will run well,” Doyle said.

Kris Lees’ stayer Control The Witness will be well fancied in the 1880 metre Red Funnell Benchmark 64 Handicap. The three-year-old has been runner up at Gosford and Newcastle in recent starts.

Goulburn filly Amungee makes her debut in the New Zealand Bloodstock Maiden Plate over 900m. She has displayed genuine speed to win two recent Kembla barrier trials and she has drawn nicely.