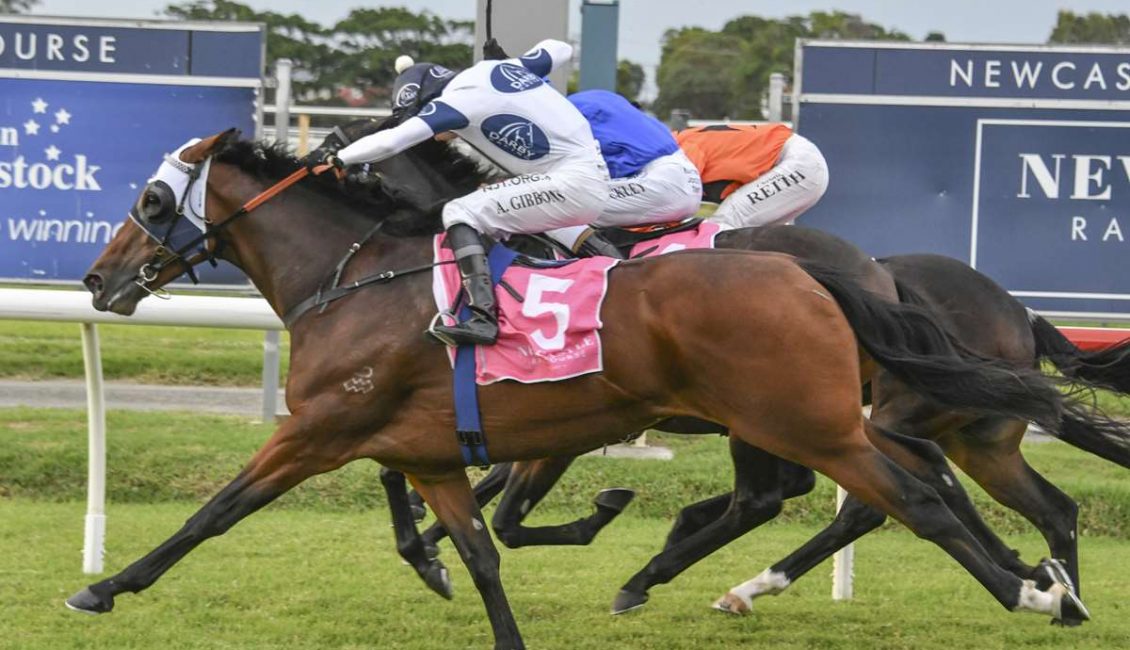 The Thornton boy has ridden 26 winners on the Newcastle tracks, seven ahead of Arron Bullock. In New South Wales Gibbons has ridden 87 winners. Saturday’s meeting started well for Gibbons as he was aboard the heavily backed Perfect Radiance in the 1200 metre Fillies and Mares Maiden Handicap. He sooled the filly out of a wide barrier to cross into second place. When called in on the straight Perfect Radiance surged clear to win by a length and a quarter.

Gibbons had to wait until race five for his next winner and he rode three of the last four winners. Combined with Randwick trainer John Sargent to land a double, the jockey of the day produced a peach of a ride to win on Sergeants promising stayer She’s So Savvy In the 1875 metre Benchmark 64 Handicap. The mare missed the start by two lengths and she set a course record. In the following race the 1600 metre Maiden Handicap Sargent saddled up another stayer All Things, and after chasing a tearaway leader he grabbed victory in the shadows of the post.

Gibbons, and close friend Kim Waugh, combined to win the final event the 1400 metre Benchmark 70 Handicap with well backed Trajection. The popular jockey was visiting his parents when contacted by The Herald on Saturday night “I am on cloud nine and today was another highlight of the 2019-20 season. Keely and I were engaged at the start of the season and we were married in February. Four winners in a day at Tamworth and Newcastle and a chance of winning another hometown premiership. Perfect Radiance is very smart and she feels like a stayer. I had to go forward and rev her up to cross from the 1200 metre start. She’s So Savvy is a handful at the barriers and she was a clear last away. It was a terrific win and she is a promising stayer. All Things was having his second start in Nineteen months and will stay and only get better. Trajection is having a good preparation and she will continue to race well” Gibbons said.

Jeff Penza steered home two winners at Newcastle and he rode three winners at Coffs Harbour the previous day. Penza’s Saturday winners were for visiting female trainers. He was aboard Avion Fury which won the 1200 metre Yarraman Park 1200 metre Maiden Handicap for former jockey Lauri Parker. Penza’s other winner Manabar in the 1400 metre Benchmark 70 Handicap is trained at Tamworth by Michelle Fleming.

Kris Lees was the only Newcastle trainer to taste success at the meeting. Lees trained the first winner Perfect Radiance for Gooree Stud.