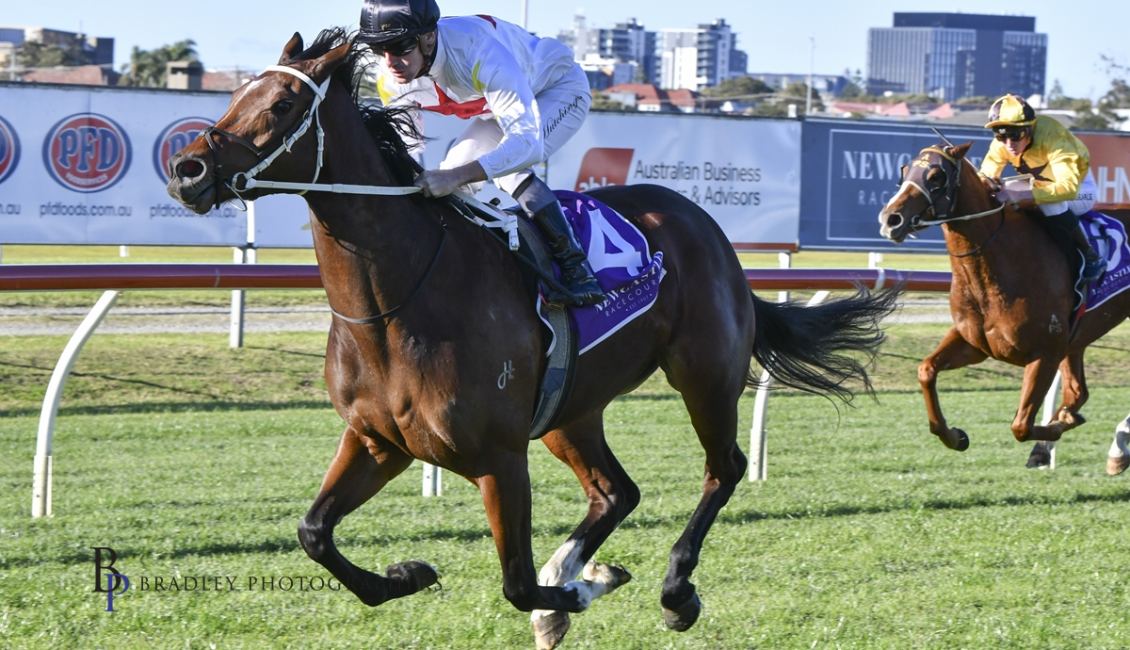 Australia’s champion trainer Chris Waller was in England preparing for this week’s Royal Ascot carnival when his talented American bred mare Frumos produced the run of the day at Saturday’s Newcastle race meeting.

The four-year-old, owned by the powerful Orbis Bloodstock was on debut after one recent trial in which she was a close third. Jockey Rory Hutchings took Frumos back to last from her wide barrier when the gates opened. The mare cruised along at the tail of the field until Hutchings called on her to make ground near the home turn. Frumos started to circle the field and she unleashed from halfway down the straight. The winning margin was 4.71 lengths and a spokesman for the Waller stable said Frumos had been working and trialling strongly and was expected to perform well.

Hutchings came out and made it a double on the Hawkesbury trained Straya Pride in the following event, the Benchmark 64 Handicap (1400m). The winner is trained by Terry Croft and was a last start Hawkesbury winner.

The Newcastle combination of trainer Terry Drayton and apprentice Bailey Wheeler were successful in the opening event, the Reward Hospitality Maiden Plate (900m). The Leopard’s Tale, in his 9th start was allowed to run along from the rails barrier and he led throughout. It was 17-year-old Wheeler’s 37th winner for the season.

The Warwick Farm trained Dr Evil confirmed his liking for the Newcastle track when he was a narrow winner in the final event, The Horsepower Benchmark 68 Handicap (1600m). A tough stayer with good wet track form, Dr Evil had not started since May 14 when placed in a midway at the Scone Metropolitan standalone meeting. Trained by John Steinmetz, the 5yo has won four of his five on rain affected tracks, and at Newcastle he has won three from seven.

The Gai Waterhouse – Adrian Bott trained Riduna returned to her best form with an easy all the way win in the Charlestown Square Benchmark 64 Handicap (1400m). The filly, a daughter of Fastnet Rock raced away in the straight to win by more than three lengths. In the spring Riduna was beaten 2.78 in the Listed Reginald Allen at Randwick by subsequent Group 1 winner Fangirl.

Jean Van Overmeire and Koby Jennings, along with Hutchings rode doubles at the meeting.