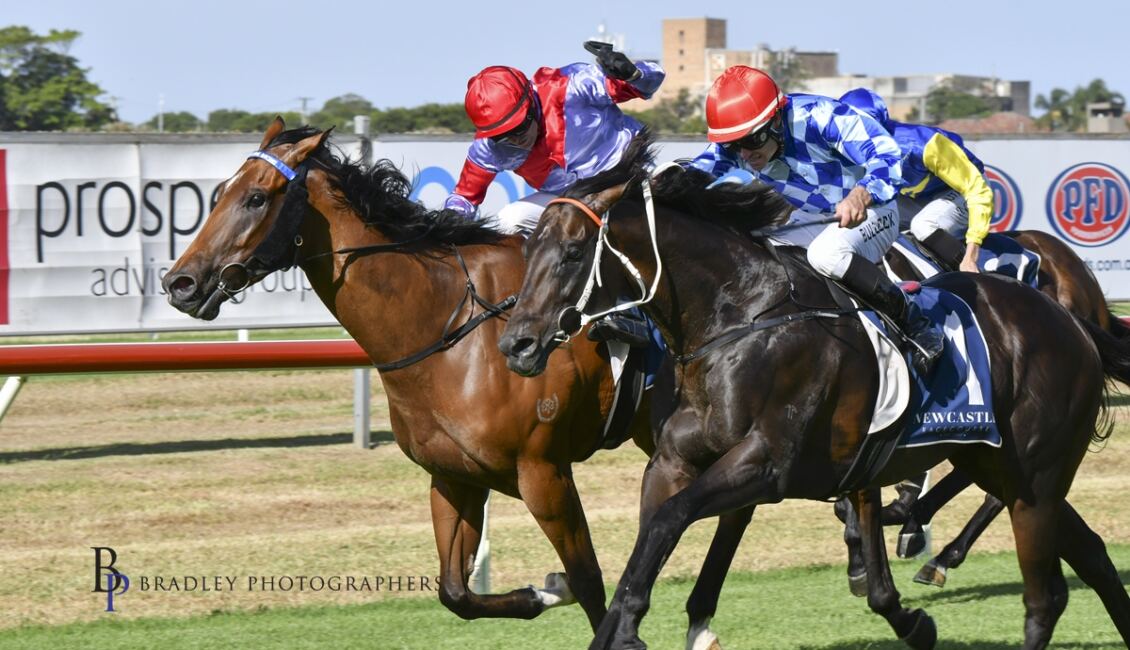 Newcastle trainer Kris Lees won his third $150,000 Sky Racing Summer Provincial Series Final 1600m on the trot when Darleb scored the narrowest of victories in the 2021 Final at Newcastle Racecourse on December 18.

Darleb’s two owners reside in the Philippines and the entire carried the famous colours of the Inglis family. He had returned to Newcastle recently after back to back wins in Queensland and he was a $5.50 chance in the Final.

Darleb settled in seventh position and enjoyed a charmed run one off the rail. Aaron Bullock dragged the five year old into the clear with 300 metres to run and he set out after the $41 chance Too Good To Be Tru which was being backed as the winner. It was a titanic battle over the last 100 metres and Darleb put his nose in front on the post. Lees mare Grande Rumore finished third. Bred by Rod Northam Darleb has won seven races for prizemoney of $323,000.

It was the fourth running of the Provincial Series with Lees winning the past three with Occupy 2019, Itz Lily 2020, and Darleb. Lees was full of praise for his horse and also his team in Queensland.

“This horse can be inconsistent at times but he has been a good money spinner winning $323,000. Our team in Queensland not only trained Darleb to win two out of two, they sent the horse home looking a picture. He paraded in magnificent order. The Provincial Series is great for Provincial trainers and thanks to Sky Racing, the Provincial Clubs and Racing NSW.”

“Unfortunate I am going to loose Darleb after a couple of starts in 2022. He will be heading to the Philippines where he will race and he is an entire so he could go to stud there” Lees said.

The trainer finished the day with a treble with the smart Wardaddy smashing the 1250 metre record at Newcastle and The Bopper’s incredible win at Randwick. Wardaddy was bred and is raced on partnership with Lees racing manager Lucas Miller. He was heavily backed in the Tozer Air & Electrical Benchmark 64 Handicap 1250m and Dylan Gibbons let him rip from the time the barrier opened.

The 3 year old set up a commanding lead and was never in danger. From the five starts, Wardaddy has two wins and two seconds. The winners time of 1-12.93 was .91 faster than Perfect Radiances track record set in 2020.

Newcastle trained Quick Tempo maintained his undefeated record with a tough win in the 900 metre Tozer Air & Electrical Benchmark 68 Handicap. His previous four wins came through his toughest test with flying colours. Mark Minervini trains the speedster and he will take on midweek metropolitan class next start.