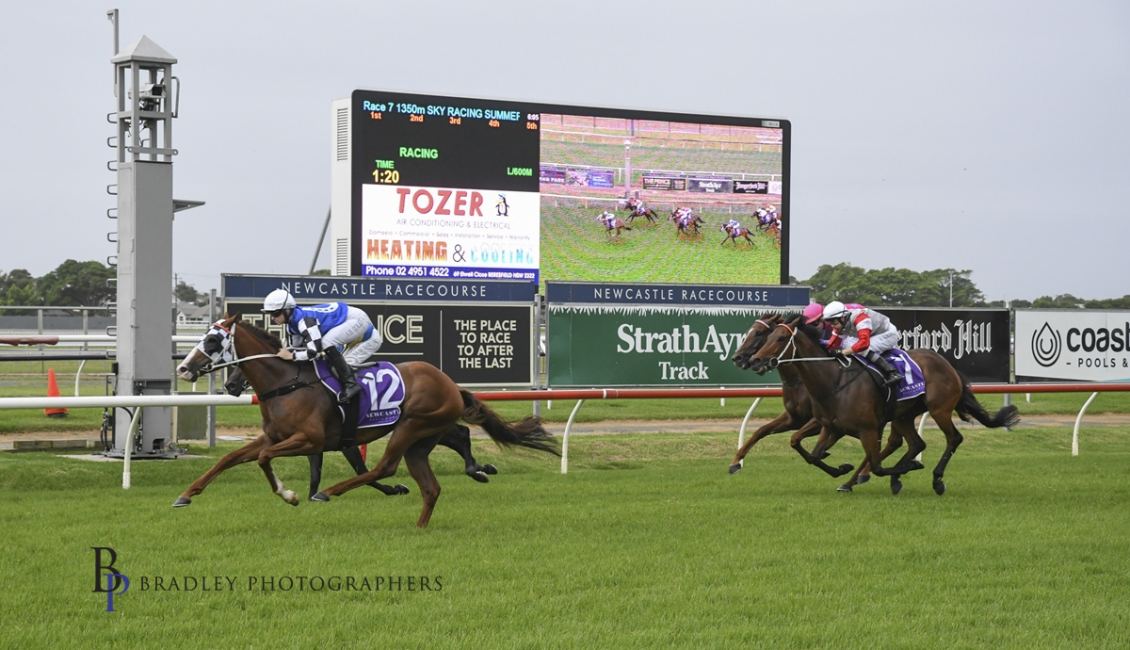 Kris Lees will have five starters in the $150,000 Sky Racing Summer Provincial Series Final after It’s Lily and Safado finished first and third in the Newcastle heat on Saturday. The final will be held at Wyong on January 2.

The five provincial Clubs each staged a heat of the Summer Series and Spanish Point won the Hawkesbury heat for Lees. The Newcastle & Hunter Racing Hall of Fame trainer sent the 2020 final winner Occupy to Gosford and he was narrowly beaten in a heat prior.

Game Of Thorns was held up In the straight when placed in the Kembla heat. Lees saddled up three of the thirteen starters in Saturday’s Newcastle heat with It’s Lily ($10) the outsider of the trio.

Safado was a $7 chance and Think Free started at $9. The Australian Bloodstock owned It’s Lily had not raced since August and tailed the field in a recent Gosford barrier trial. The mare was a close second in last year’s Newcastle Summer Series Heat before finishing sixth in the final.

Kiwi jockey Alysha Collett rode It’s Lily on Saturday and she settled near the tail of the field. The mare produced a great turn of foot to come from way back at the 300 metre point to run down another Newcastle galloper Rhythmic Pulse to win by three quarters of a length.

In an all Newcastle trifecta, Safado was two and a half lengths away third. Lees was on hand to view the race “To be honest she surprised me as I believed It’s Lily was in need of the run. The leaders did set a fast pace and this allowed my mare to come quick late. I watched the race with Nathan Doyle who trains Rhythmic Pulse and when he had a big lead at the 200, I said he was home. All five of mine should run well in the Final at Wyong on January 2,” Lees said.

In form jockey Keagan Latham rode two winners at Newcastle to take his season tally to 37 winners. The former South African now based in Sydney’s west took no chances on the heavily Crowned By Aces in the 1350 metre Maiden Plate.

On debut at Newcastle on December 1 the Matthew Smith trained four-year-old came from the tail of the field to go down by a length. On Saturday Latham parked the $2.60 favourite on the outside of the leader and he won convincingly.

The Matthew Dunn trained Stormy Rock provided Latham with a double when he produced the performance of the day to come from second last to win the 1300 metre benchmark 64 Handicap. Koby Jennings was booked to ride Stormy Rock but he was injured at Goulburn on Friday and Latham picked up the mount.

A son of the champion Kiwi sire Savabeel, Savvy Crown has won three from seven. Deamer has trained 6 winners from his last 15 starters.

Scone apprentice Reece Jones enjoying his bets season took his tally of winners to 39 in 4½ months when successful on Already Blessed and Sparky Girl.