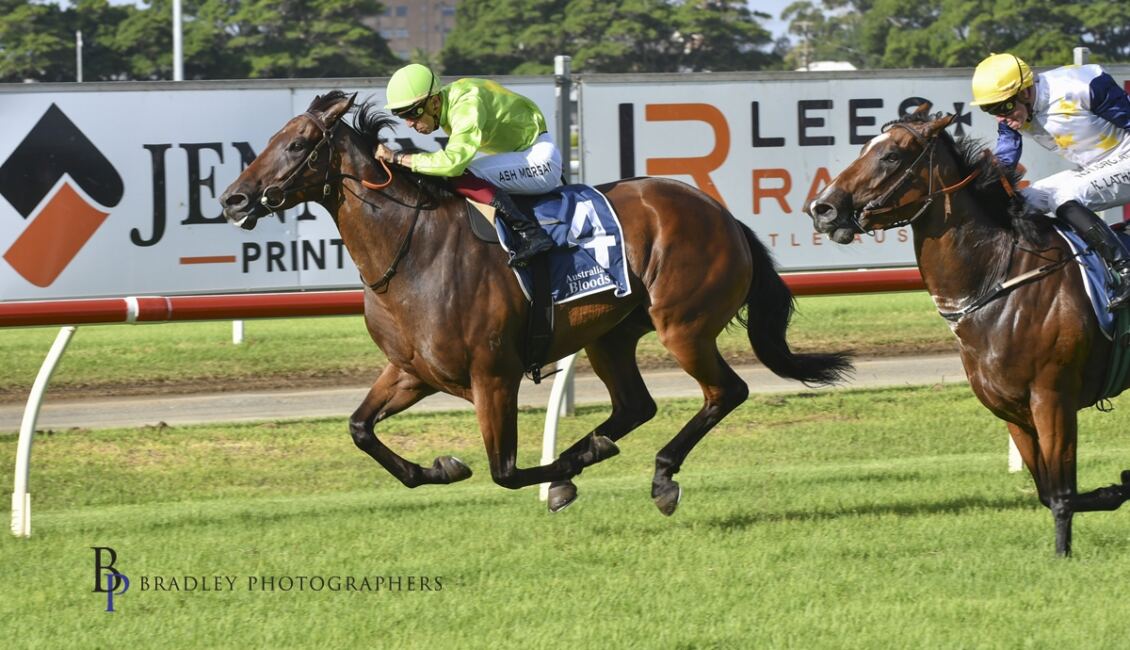 Port Stephens breeder and former Lord Mayor Bruce Mackenzie continued his successful season with a winner at Newcastle and Eagle Farm on Saturday. At Newcastle, Mackenzie’s lightly raced four-year-old Oakfield Hiawatha stepped up in class when he contested the 1300 metre Prosperity Advisers Group Class 1 Handicap. The gelding won a Muswellbrook Maiden on February 8 and he was an $8.50 chance in a much stronger race on Saturday.

Welshmen Ashley Morgan has ridden Oakfield Hiawatha in all three starts and he adopted daring tactics on the horse on Saturday. He allowed the Wyong trained galloper to set up a three length lead soon after the start. The seventeen-hand giant wasn’t challenged until halfway down the straight and under hard riding he held the challengers off to win by a neck.

Trainer Kristen Buchanan elated by the win claimed Oakfield Hiawatha has so much to learn about racing. “He has untapped ability and is so laid back. He is 17 hands and 612 kilograms but he is a big baby.

I didn’t expect Oakfield Hiawatha to be cruising along three lengths ahead of the field however, I trust Ashley’s judgement and my instructions were to put the horse where he was comfortable. I will discuss with Bruce Mackenzie about having a crack at the Provincial Championship Series but it may have come up too early for the horse.

Bruce has been a good supporter for four of five years and he has three to five horses in my stable at any one time,” Buchanan said.

Mackenzie’s other Wyong trainer Damien Lane sent the owners six-year-old mare Oakfield Missile to Eagle Farm and she finished strongly to win a Benchmark 80 Handicap. The mare has won $378,230 on the track. Mackenzie paid $450,000 for a Zoustar filly at the recent Inglis Classic Sale.

Inform hoop Keagan Latham was the most successful at Newcastle on Saturday with a double. He won successive races on the Gary Portelli trained Ballistic Moon in the 900 metre Webber Architects Maiden Handicap and on Provide in the 1400 metre Hotel Forster Maiden Handicap. Latham has ridden 55 winners during the current season.

The James Cummings trained Vucetich again showed his liking for the Newcastle track with a last to first performance in the 1500 metre Compass Housing Benchmark 64 Handicap. A clear last to leave the barrier, he raced away in the straight to win by 1¼  lengths. Vucetich has two wins and a second from three starts at Newcastle.