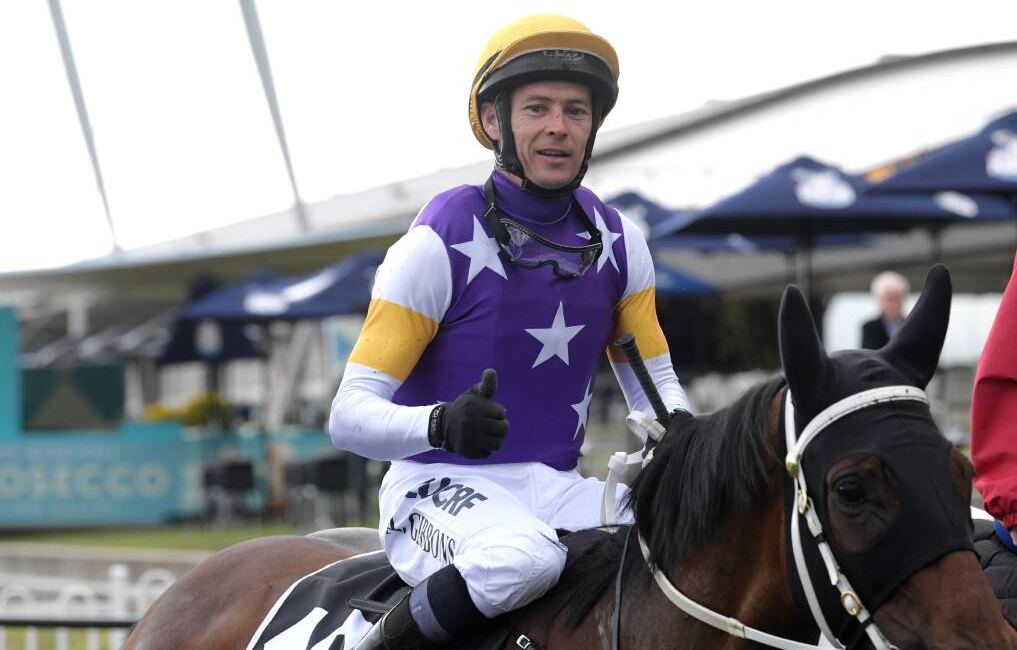 Newcastle three time Premiership winner Andrew Gibbons is confident of a successful day on his home track on Saturday.

‘Gibbo’ has four mounts for Kris Lees, one for Joe Pride and Les Bridge. His first two mounts are for Lees and they are his best chances in True Faith (Race 1) and unraced French Marine (Race 2).

Three-year-old filly True Faith, part owned by Lees’ wife Kristy, will contest the opening event a 1200 metre Provincial and Country Maiden Handicap. She has raced three times for placings at Warwick Farm and Newcastle and a close fourth at Newcastle. The filly hasn’t raced since September and she trialled nicely recently.

French Marine runs in the 900 metre EngageVR 3YO Maiden Handicap. “The first two look to be my best however, I expect all six of my mounts to run well. True Faith always indicated she would be better with time. She was pretty good in all three starts last year and she is working well.  French Marine is a speedster suited by the short course. He will be hard to beat.

Contract Signed went good behind a very smart horse last start. The extra trip is ideal. I rode Sacramento Joe in his first Australian start at Newcastle on January 30 and it was a forgive run. He was working well before that run, but the tempo was slow and he had traffic issues. Expect a big improvement.

Continuation will run his usual honest race and Lady Legend has a huge chance,” Gibbons said on Thursday.

Paul Perry’s promising stayer Ficheur steps up to the 1870 metres for the first time when he contests the Calvary Mater Benchmark 64 handicap. The three-year-old was a $101 chance when he won on debut on this track last winter. He was backed from long odds into $6 when he led all the way over 1500 metres on this track on February 6. The son of Dundeel will again be ridden by top Hunter Valley apprentice Mikayla Weir.

Godolphin’s promising three-year-old Vucetich returns to the track where he won impressively first up when he runs in the 1500 metre Compass Housing Benchmark 64 Handicap. The gelding has a win and a second from three starts at Newcastle. He has drawn ideally and the in-form Christian Reith has the mount.

The final race of the day the 1200 metre The Jones Girls Benchmark 68 Handicap is a cracker. The Snowden filly Salateen was outstanding in winning first up at Gosford on February 4.