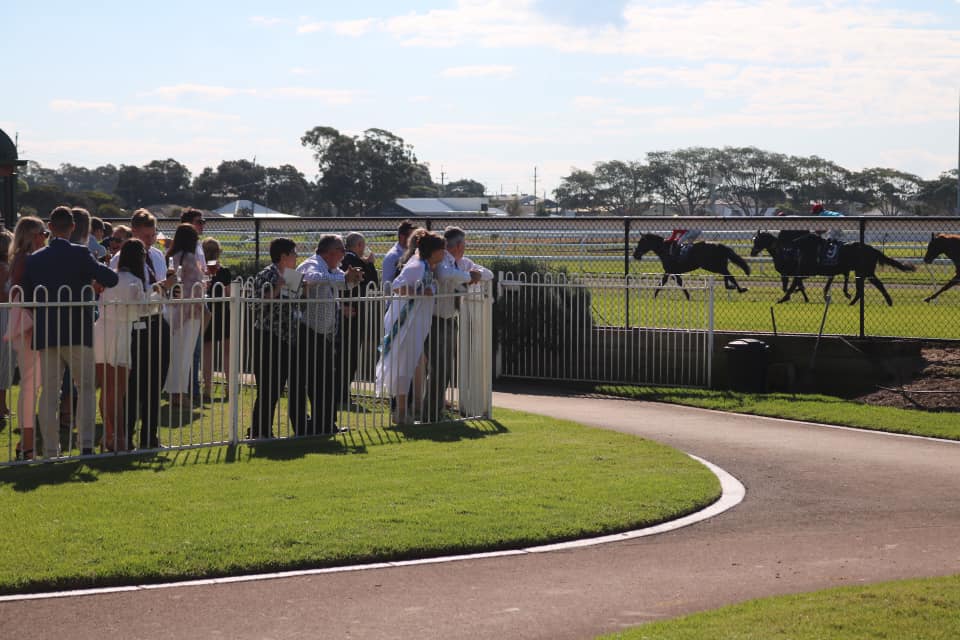 Tough Scone gelding Akasaki took his racetrack earnings to $392,000 when he lumped 61 kilograms to win the 900 metre Hurricane Handicap. The feature race at the Broadmeadow Racecourse on Saturday. It was the second day of the Newcastle Jockey Club’s 2019 Spring Racing Carnival and a huge crowd filtered through the turnstiles.

As expected, the pace was a cracker form the outset in the Hurricane and Grant Buckley aboard Akasaki allowed the six-year-old to drift back worse than midfield.

The Scone sprinter improved his position approaching the home turn and he was within striking distance 400 metres out. He can unwind a strong finish, and he raced passed the leaders in the last 100 metres and drew away to win by two lengths. It was Akasakis’ tenth win from 39 starts for his 12 owners, who all with the exception of one reside in Scone.

The winner started his career with Muswellbrook trainer Todd Willan who won three races with Akasaki. His first start for Stephen Jones was at Dubbo in May 2017 when he bolted in. Jones who only moved from the Gold Coast to Scone three years ago was full of praise for his sprinter as he returned to scale on Saturday.

“Akasaki is an underrated horse and I can’t praise him enough. He cost the owners $2,000 and he has won close on $400,000. I have never put two lead bags on a horse before Saturday, the bags nearly weighed me. He showed how tough he is to carry 61 kilograms and ran sensational time.

Akasaki will probably head to Warwick Farm for a race in a couple of weeks. He has won a couple of races at Warwick Farm. He is going as well as ever and he loves to be fresh” Jones said. The trainer has 30 horses in work at Scone after spending 14 years on the Gold Coast.

The clash of the promising four-year-olds Tricky Gal and Aoraki in the Benchmark 64 was always going to one of the highlights of the meeting. The mare Tricky Gal had won two from three but should have been unbeaten as she was very unlucky when beaten a nose at Wyong three weeks earlier.

Aoraki in his third race start won a Newcastle Maiden by more than 4 lengths on September 3. Tricky Gal was allowed to drift back from her wide barrier by Christian Reith and she only had four horses behind her at the 1200 metre point.

Aoraki was slowly away and settled second last trailing Tricky Gal. Four hundred metres from home Tricky Gal sprinted quickly and Aoraki attempted to get onto her back.

However Tricky Gal put three lengths on Aoraki as she raced to the lead, but he pegged the margin back to a length at the post.

Newcastle trainers Kris Lees, Paul Perry and Mark Minervini all trained a winner on the day.

Lees’ Hooray Henry was very impressive in his maiden win, Perry’s Amazing Peace landed a plunge in coming from well back to win his first race, while Minervini’s Martinique  was impressive storming home to win a Class 2 Handicap.