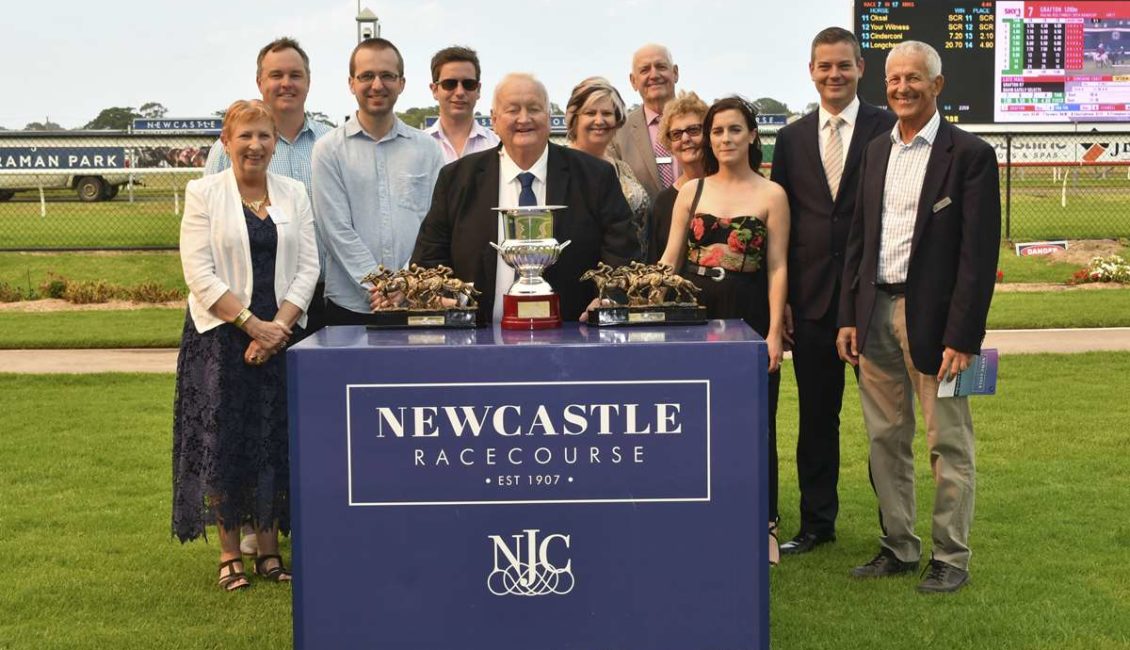 Thompson, the Australian and Newcastle Hunter Hall of Famer and recipient of the Order Of Australia Medal has ridden more winners than any jockey in Australian history.

Harley has been involved with the Newcastle Jockey Club for 42 years in his career as a race caller and journalist.

Latham produced a peach of a ride on the Hawkesbury trained Cinderconi in the Robert Thompson Cup. He settled the six-year-old mare in midfield, and she was full of running half way down the straight, but she was held up as Latham attempted to secure a clear passage. In frustration he switched Cinderconi back to the rail where there was plenty of room and she sprinted quickly to win convincingly.

The winner is trained by Jason and Lucy Keegan-Attard and it was the Hawkesbury stables first winner since recently forming a training partnership. Latham, who went to England to be married in September said it was an honour to win the Robert Thompson Cup.

“Robert is a great leader in the jockey’s room. He has always been good to me. RT is very well respected, and he has an incredible riding record. You have to give him the respect he deserves, and he is a legend and it was an honour to win his race. It was great to ride a winner for Jason and Lucy as they have supported me since I arrived in Australia three years back,” Latham said.

Earlier in the day Latham steered the Scone trained Knight Star to victory in the Gary Harley Handicap (2325m). The eight-year-old was having his third start for Jeremy Gask who is the stayers fourth trainer. “This horse has been around and had not raced for ten months when I gave him a first start for me in October, I put the blinkers on him today and that was the key. I have a couple of horses for Waratah Thoroughbreds,” Gask said.

The $50,000 Provincial Series Heat 3 (1400m) was won by the Kris Lees trained High Power ridden by Aaron Bullock. The five-year-old has a good record at Newcastle with Sunday’s win his fourth from five starts on the track. Lees also trained third placegetter Itz Lily.

The $150,000 Provincial Summer Series Final will be held at Gosford on December 27. All three placegetters in the Newcastle Heat High Power, Joigny and Itz Lily will contest the final.