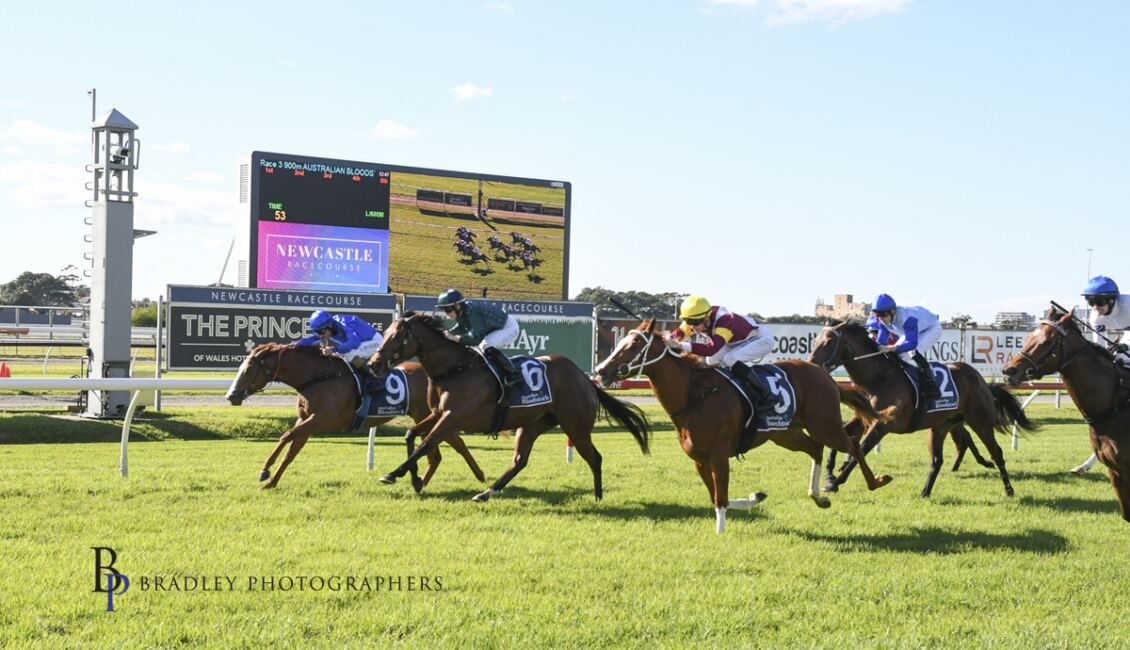 The Snowden trained daughter of Golden Slipper winner Capitalist has had a boom on her since she won three barrier trials by big margins earlier this year.

Satin Ribbons was opposed to a number of promising juveniles and she was a drifting $2.80 second favourite behind the heavily backed Scarzel ($5.50 to $2.70).

The pace was a cracker from the outset with outsider Tapis Magique holding the rail with Scarzel on its outside and Satin Ribbons outside the pair.

The winner reached the lead in the straight however she had to stave off the late challenge by the Godolphin filly Ultra which was slowly away.

The winning margin was a nose.

Co trainer Peter Snowden predicted a bright future for his filly “She will be a very nice filly when she matures.

Satin Ribbons has so much untapped ability and she is so fast.

This filly could have led by four or five lengths if we had let her rip.

But if we did that we are not teaching her.

Her speed is frightening and she will go for a spell now” Snowden said.

Kris Lees took the training honours for the meeting with a double. As predicted the clash of two of Australia’s leading stables was one of the highlights in the Sage Painting Class 1 Handicap (1200 metres).

Kris Lees New Zealand 5yo Matterhorn in only his third race start took on the Hawkes stables promising 3yo Imposing Beau, also racing for the third time.

The pair raced head and head for the last 200 metres in an exciting battle to the line.

Matterhorn, bred in New Zealand by Gerry Harvey who owns the horse won by a nose.

The filly was an eye catching third in a strong race first up at Tamworth on May 17.

On Saturday Confessed settled in fourth place and was badly held up near the turn. However, when she saw daylight in the straight she raced away to win easily.

Grant Buckley and Aaron Bullock both rode two winners on the day.

With just under two months remaining in the current season Bullock has ridden 94 winners, Buckley 93 and Scone based apprentice Reece Jones 75 1/2.