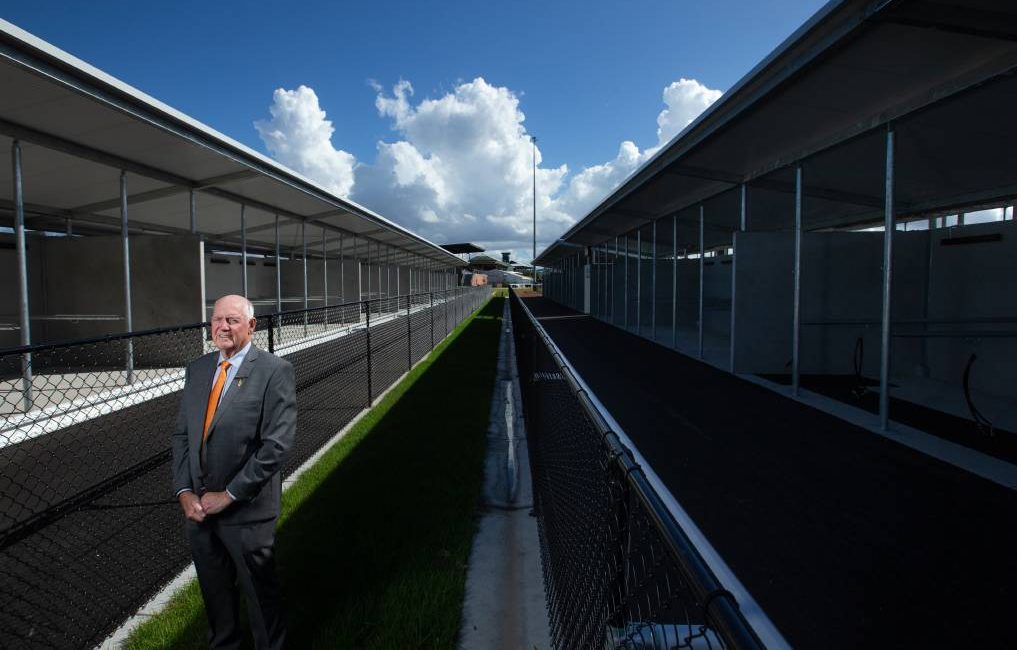 The Newcastle and Hunter Racing Hall of Fame recognises the contribution of legendary horses and humans in shaping our thoroughbred racing industry in the Newcastle and Hunter region over the past 115 years. The inaugural induction into the Hall of Fame took place at a Black-tie dinner on March 15, 2017. The second induction was held on May 7, 2019 and then on May 18 this year, eight more inductees were welcomed into this elite group.

Nominations were again received across the four categories – Associates, Trainers, Jockeys and Horses. The 2021 Newcastle and Hunter Hall of Fame Inductees were as follows:

Harley has been involved in racing for more than 50 years in a range of roles. He has been a race caller, journalist, form analyst and commentator. Gaz’s distinctive calls have echoed across all three racing codes on both radio and television and he has penned thousands of articles as a journalist with the Newcastle Herald. He has been with Sky Racing since its inception and a loyal member of the NJC family since 1977.

An incredible achievement by the boy from Scone. As an apprentice he outrode his allowance at age 18 and retired as a jockey when 26. Snowden trained at Scone before joining the Ingham’s Crown Lodge as foreman under John Hawkes. He later took over the role from Hawkes, and in 2007 he became head trainer for Sheikh Mohammed bin Rashid al Maktoum at Godolphin and he won the Sydney Trainers Premiership in 2009-10. These days he trains in partnership with son Paul.

Pat Farrell is still training in his beloved hometown of Muswellbrook and has prepared more than 2500 winners in a stellar career. He consistently beat the best in the land and took out eight successive Newcastle Trainers Premierships. Farrell’s contribution extends beyond the preparation of horses, having mentored one of Australia’s greatest apprentices Wayne Harris, as well as leading hoops Darryl McLellan, Neil Rae and Paul Sylvester.

Born in Newcastle in 1905, Johnstone lived an extraordinary life of both fame and infamy, until his passing in France in 1964. Johnstone is Australia’s most successful, and definitely our most colourful, international jockey. He rode three English Derby winners and two Prix De L ’arc De Triomphe’s and a number of Classic winners in France, England and Ireland. He rode 100 winners in a season as an apprentice in the ‘Big Smoke’, and it is acknowledged that he likely took out the Sydney Jockey’s Premiership in that year.

Owned by Newcastle brothers Les and Col Cook and trained at Muswellbrook by Ron Englebrecht, this colt was a star in the mid-1970’s. He won what is now called the Ken Russell Memorial as well as the QTC Sires Produce Stakes, QTC Marlboro Stakes, Goodwood Handicap, Canterbury Stakes, Winterbottom Stakes and Lee-Steere Stakes – plus two NJC Cameron Handicaps.

Scorse rode 1269 winners and 2 Group 1’s in an illustrious riding career, partnering some of Australia’s elite equine competitors. He was born in Sydney and moved to Newcastle in 1972 where he completed the last three months of his apprenticeship. He won a Stradbroke Handicap on Manawapoi and, notably, won 12 races on his Father-in-Law Roy Hinton’s top mare Swiftly Ann. Alan went on to become a highly successful trainer based at Broadmeadow, until his recent retirement.

A star on and off the track and trained by another Hall of Famer in Paul Perry, Fastnet Rock won six Black-type races including four on the trot – the Group 1 Lightning Stakes and Oakleigh Plate in succession in 2005 after consecutive victories in the L’Oreal Plate (G3) and Lexus Classic (G2) the previous Spring. He was an outstanding sire in both the Northern and Southern Hemispheres, having sired over 1340 individual winners and 171 stakes winners (to date), with a winners to runners return of over 70%. At the elite end, he has sired 37 individual winners of 41 Group 1 races. At his peak, he stood for a service-fee of $275,000.

Another Takeover Target for Lees

Kris Lees won his third Listed Takeover Target Stakes when the Australian Bloodstock owned mare Enchanted Heart finished strongly to win the race at Gosford’s standalone meeting on May 8. It is Gosford’s major sprint race and the Newcastle mare relished the soft track.

Kris Lees won another feature metropolitan race during May when Midland was successful in the $300,000 Inglis Guinea’s on May 15 at Rosehill. A $550,000 yearling, Midland has struck a purple patch of form since being gelded and the win was his third ‘on the trot’.

The Newcastle Jockey Club unveiled its new $3.5 Million race day stalls at an informal function for members and trainers on Sunday May 2. The stalls were expected to be in use for the first-time during June, with the new complex being located near the 200-metre mark.

In his welcome, Club Chairman Geoff Barnett said the racing industry is flying and so is the NJC. “These new stalls were constructed using NJC savings and I am proud the club has paid for them without any assistance” Barnett said.

The next major project at the Newcastle Racecourse is the proposed construction of 500 stables at the western end of the precinct. Funding for this project has not been secured as yet, but Barnett said the NJC is planning to submit a development application in the near future.

Newcastle’s in-form galloper Mugatoo has sadly been sidelined for the rest of 2021 after suffering a tendon injury in the Doomben Cup. The Australian Bloodstock’s Newcastle Cup and All-Star Mile winner has won 7 of his 15 starts in Australia for prizemoney of $3.3 million.

A Treble And A Country Cup

Newcastle apprentice Dylan Gibbons enjoyed another successful month during May. The teenager landed his first treble at Taree on May 24. Six days later Gibbons secured the biggest win of his short career when he won the Gunnedah Cup aboard Bajan Gold. At the end of May, with two months remaining in the current season, Gibbons had ridden 61 winners and was in second place on the NSW Apprentice Premiership – 11 ½ winners behind Reece Jones.