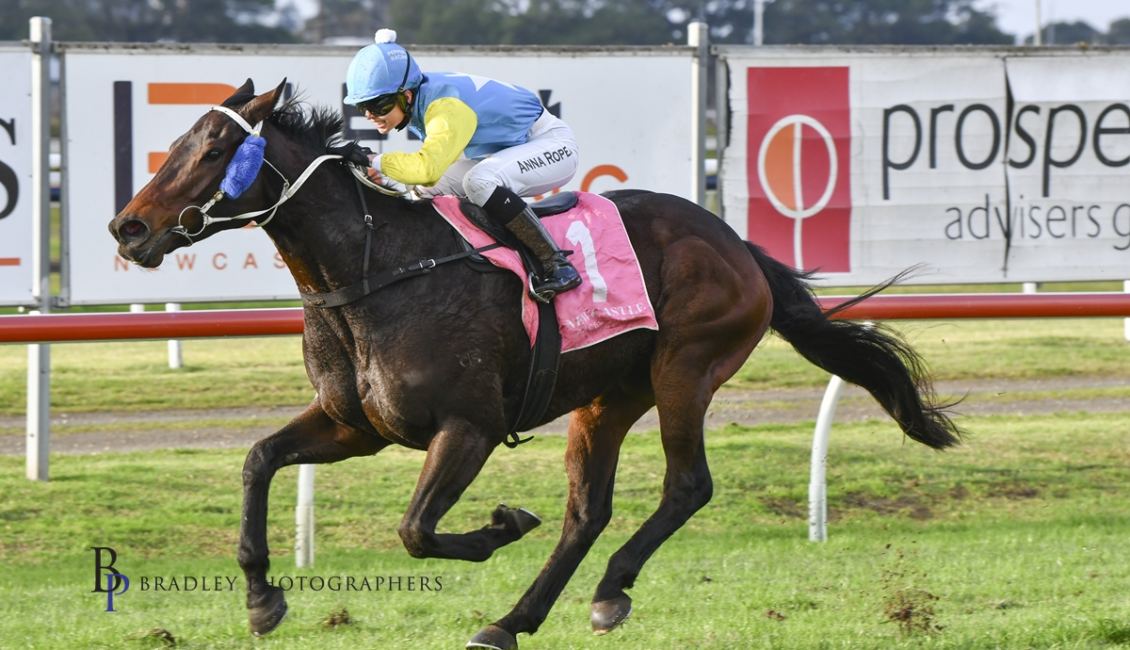 Wyong based apprentice Anna Roper settled Zounique at the tail of the five-horse field until the top of the straight before he started his run. The 5-year-old stormed past the leader Microna with 200m to run and he raced clear to win by 1 ¾ lengths. The son of Zoustar has won six of his twenty-seven starts for prizemoney of $141,000.  Pepper, a successful trainer based at Canberra for the past ten years, only moved to Scone last Tuesday.

“I have seventeen boxes at Scone and of course would like more. I was so grateful to be given the boxes at Scone as it is a great place to train with its outstanding training facilities. By moving to the country my horse will be eligible for the Highways, Country Championships and The Kosciuszko. Zounique is a tough stayer, and I will probably head to an 1800m race on the Kensington track in a couple of weeks.  Anna has only had a few rides for me, and she rode a double for me recently at Canberra” Pepper said.

It was Roper’s eighth winner and only Pepper’s second starter at Newcastle.

Blake Spriggs was all smiles after steering 2-year-old Headwall to victory in the Club Charlestown Maiden Plate (900m). The gelding trained by Matthew Smith, was on debut after an impressive Warwick Farm trial win on June 10. Spriggs gave the winner a gun ride behind the speed and set out after the leader Nonshalaant in the straight. Headwall surged clear to win by 2 ¼ lengths.

“I have had a good association with Headwall’s family. I won a race on his dam Positive Quest back in 2014 and I rode Headwall’s brother Karaoke King to win at Scone on June 14. Headwall is talented and still immature but he will develop into a nice horse” Spriggs said.

Trainer Matthew Smith and jockey Jean Van Overmeire both had two winners on the eight-race program.

Saturday’s meeting was the Newcastle Jockey Club’s last for the season.