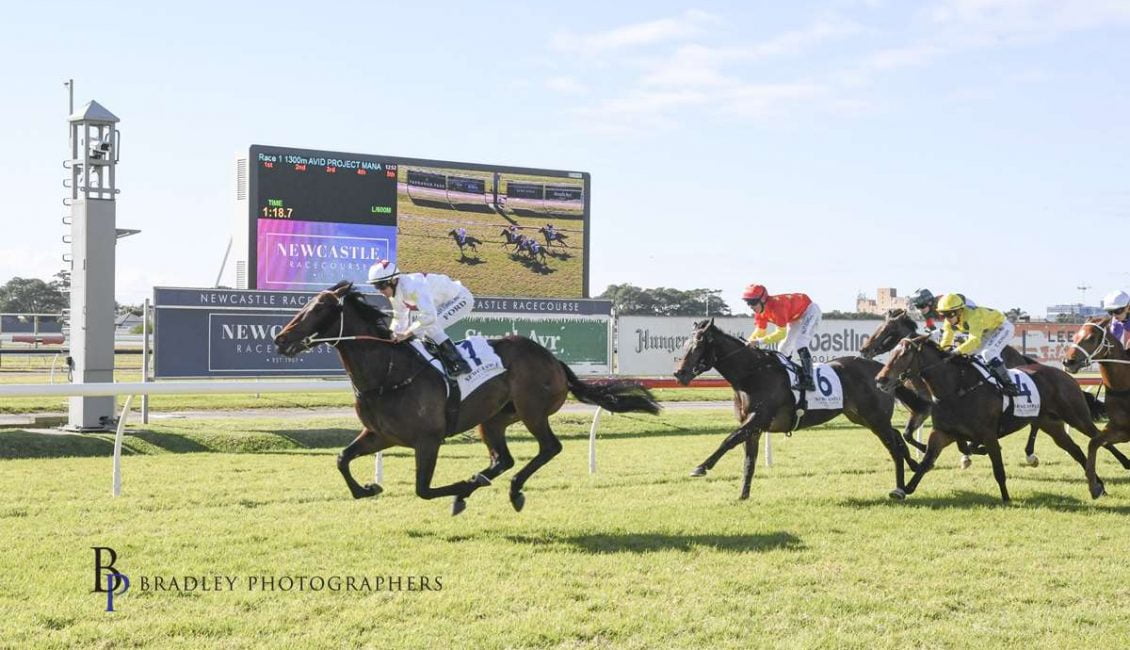 The Newcastle Jockey Club wound up the busiest period in recent history when it hosted its seventh race meeting in six weeks on Tuesday. The next meeting on the course proper will be held on August 8, while there will be a meeting at Cessnock on Monday July 27.

Sydney jockeys Jay Ford and Tommy Berry both rode doubles at Tuesday’s meeting. The opening event the 1300 metres Avid Project Management Maiden Plate saw the debut run by European born three-year-old Kingsheir. Trained by the Hawkes Family, Kingsheir is heavily backed into $1.80 and he finished strongly from the rear of the small field to win by two lengths running away. Ford had ridden the gelding in two of his three barrier trials and he was aboard on Tuesday. Michael Hawkes predicted a bright future for Kingsheir following the race. The second leg of the Ford’s double was in the final event the Newcastle Equine Centre Benchmark 64 Handicap(1200m).

The speedy Hyannis Port trained by Gerald Ryan atoned for a close second on the track in her previous start. Ford took the daughter of Oakleigh Plate winner Mrs. Onassis to the front from the outset. The three-year-old held on to beat Al Snip by a nose. Gerry Harvey who raced Mrs. Onassis bred and races Hyannis Port.

Berry rode the shortest priced favourite of the day, Underboss ($1.35) in the Jennings Print Group Maiden Plate (1600m). Underboss appeared in danger when challenged by runner up Exterminate in the final stages but he fought on to win by a short head.

Later in the day Berry was involved in a very close finish in the Hungerford Hill Wines Benchmark 64 Handicap (1600m). He rode favourite Just Society which stalled off Blazing Sunrise to win by a long head.

Newcastle apprentice Louise Day celebrated her return home when she steered home Victorian stayer Rezealiant in the Prosperity Advisers Group Class 1 Handicap (2350m). Day has been based in Sydney in recent weeks but with the lifting of restrictions she retuned to Newcastle last weekend.

Female jockeys won three of the seven races. Apart from Day, Gosford based apprentice Stacey Metcalfe was successful on the speedy Riccardo it the Next Payments Maiden Handicap (900m).