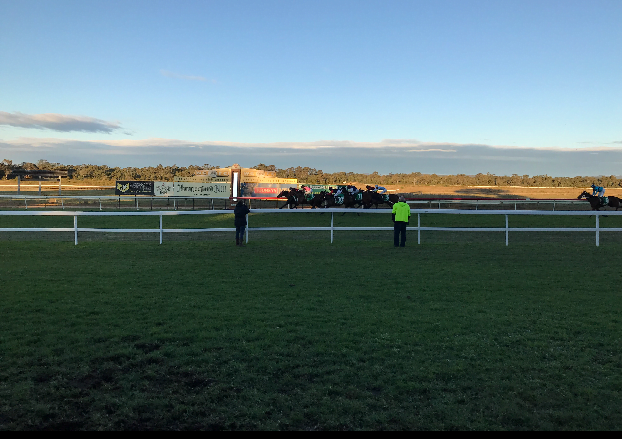 Tessa Burrito has found form recently with strong finishing placings at Scone and Muswellbrook. She has only won once from seventeen starts but she has placed eight times. The mare has always looked like she would stay.

Elder Price is racing well with a Newcastle Maiden win two starts back then a Gosford placing.

Hustled is flying with two very good country wins. He led all the way to win at Scone two starts back and last start at Moree the grey stormed home to win easily. This is a rise in class but he will be hard to beat and will probably head to town for a TAB Highway next start.

Light of Uluru is on a quick back up after finishing close up at Scone on Sunday.

The Borough is in career best form and this is his trip.

Pink Beau resumes here and the two-year-old wasn’t far away in a recent trial. She has only had three starts which included a strong Wyong win in March. In her only two starts including a Group 3, smart two-year-old’s Barbaric and Holyfield won the respective races.

Star Raider, if he runs in this race will be hard to beat, he has a win and two placings from three starts. He trialled well for this first up run.

Superel is well placed here and she will be hard to catch. The filly led in a much stronger race when beaten two lengths at Newcastle on debut recently. She has a good a barrier and speed to burn.

Rubic Honour is first up with a chance and Owhata Crumpet is pretty quick.

Tallis led all the way to win a Class 2 TAB Highway on the Kensington track on July 18. He hasn’t been far away in a number of Highways and he will be hard to catch.

Illecebrous has won his past two at Grafton and Port Macquarie and he will have a gun run from the rails barrier.

Perfect Style is very fast and races well on this track.

Kowloon Treasure is on debut after two nice trials. He was narrowly beaten by a smart one in a recent Randwick trial. He came from last and ran home good.

If You Think So was run down late at Muswellbrook last start and she has a chance.

Most Welcome is a front runner which will appreciate the shorter trip. He was a winner on this track three starts back and he will benefit from a two-kilogram claim. The rails barrier is another positive.

Contango bolted in last start and Modernity has a chance.