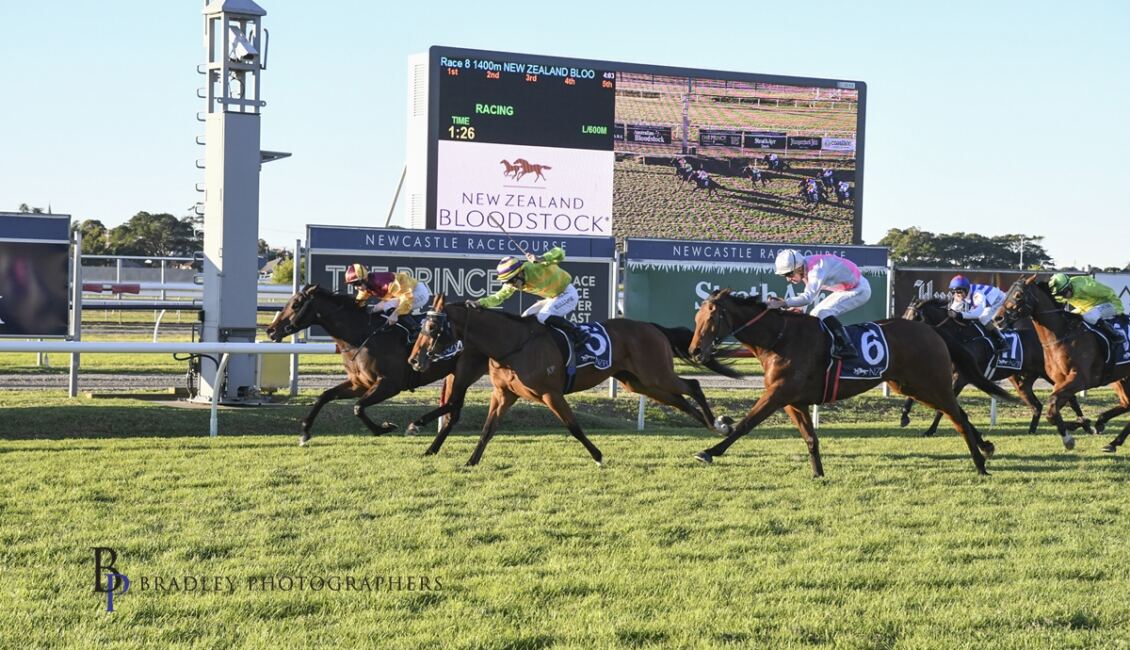 A member of the famous New Zealand racing family, Collett the sister of one of Sydney’s best jockeys Jason Collett, has settled in the Sydney suburb of Botany with her new partner, Sky Channels race caller Luke Marlow. The pair met while they were working in Singapore but returned to Australia when COVID gained momentum. On Saturday Collett’s five winners took her career tally to 504, 67 of which have come this season.

The popular hoop kicked off her day with a win in the Coastline Pools Maiden Handicap (1400m) aboard the Brad Widdup trained mare Pensera. Collett allowed the 4yo to settle in last place before she finished powerfully to win by 1 ¼ lengths.

Gerry Harvey’s New Zealand bred filly Queen Bellissimo was Collett’s second winner in the Red Funnel Benchmark 64 Handicap (1400m). Running in to a strong wind in the home straight Queen Bellissimo staved off the challengers to win by a head.

Collett had a stroke of luck when Christian Reith could not make the weight to ride Godolphin filly Honeycreeper in the TAB Venue Mode 2yo Maiden Handicap (1200m). Collett picked up the ride and the filly produced a powerful finish to win by 1 ½ lengths.

Win number four for the ex-Kiwi and arguably the most impressive of her five wins was aboard the Kim Waugh trained Linguee in the Reward Hospitality Class 1 Handicap (1200m). The half sister to Waugh’s talented galloper Great News was at the tail of the field until she saw daylight at the 300m. Linguee nailed favourite Eye See Things to win by ½ length.

The hero of the day produced the ride of the day to win the final event, the New Zealand Bloodstock Benchmark 64 Handicap (1400m) aboard Briars Kingdom. From barrier nine Collett had the 4yo on the rail in third place soon after the start. He held off the fast-finishing Fantastic Baby to win by a head.

“It has been a great day and I am thrilled. My previous best day was in New Zealand when I rode four winners. I have had a great run since I came here from Singapore.

I had a six month stint with Chris Waller in Sydney some years back. All five of my winner’s today are progressive and have bright futures. I am going home for an early night as I am riding at Hawkesbury tomorrow” Collett said.

Brad Widdup took the training honours with a double and local trainers Kris Lees (Highly Ambitious) and Paul Perry (Nothing Too Hard) both had winners.