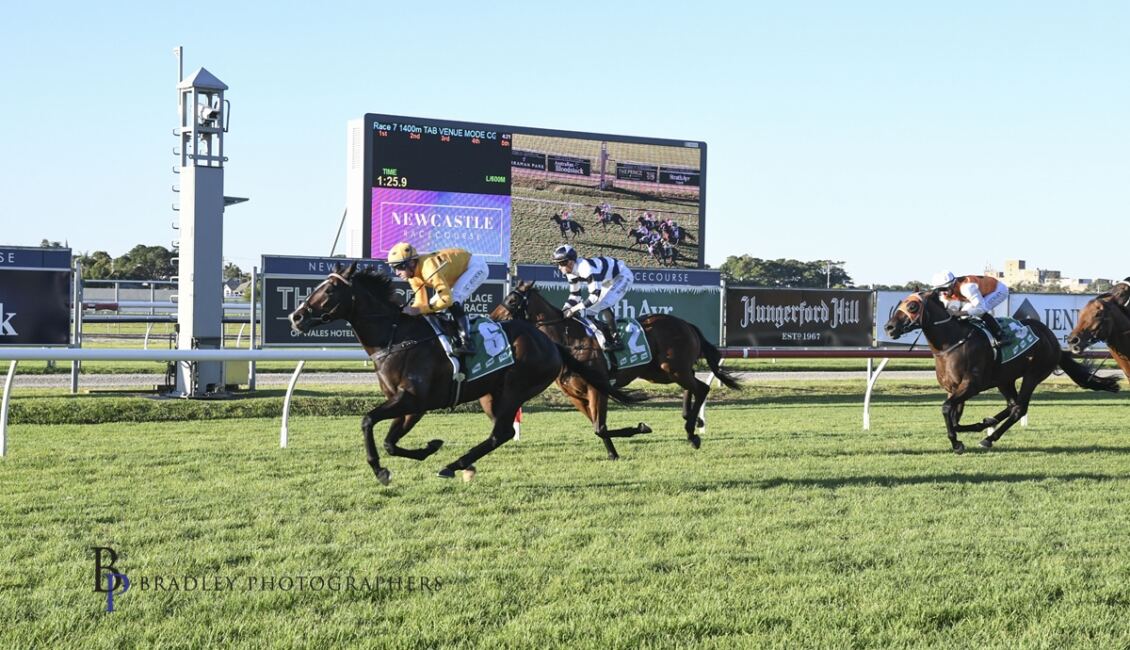 The Newcastle Jockey Club’s race meeting on Thursday was of high quality with a couple of promising youngsters confirming their potential.

A brilliant winner by 4¼ lengths at Kembla first up, the colt was a $1.80 favourite at Newcastle. He raced midfield until Tommy Berry started to rev him up near the home turn. Adelaide’s Light sprinted quickly at the top of the straight and he raced away late to win by 1.3 lengths.

In his first prep he was beaten half a length by ATC Oaks runner-up Duais at Newcastle and he was only three-quarters of a length from the winner at Warwick Farm.

The Snowden’s other runner was the speedy Belle O’Ballee, also ridden by Berry in the 900m Simtrack 2YO Maiden. The filly outpaced a fast field to win by three-quarters of a length.

New Zealand bred colt Cotehele made a stunning debut in the Sage Painting Maiden Plate 1300m. The two-year-old is trained by John O’Shea and he impressed in trials leading up to his debut.

On Thursday Brenton Avdulla let the colt settle down at the tail of the field before steering the horse into the clear at the 300m point. Cotehele had a great turn of foot and he sprinted away to win by 3½ lengths. He could be heading to Brisbane for the Winter Carnival.

Jeremy Smith and Amelia Denby combined to win the 1200m The Prince Of Merewether Maiden Handicap. A $28 chance, the four-year-old came from the tail of the field to win narrowly.

Media Man trained by former South Australian Mark Minervini landed a nice plunge in the Sharp Electronics Group Maiden Handicap 1500m. Backed from $5.50 to $2.40, Media Man made a long searching run from the 600m to win by a length.

Kris Lees was at the meeting to see his former Victorian mare Raptures win the OAS Technology Benchmark 64 Handicap over 1880m.

Raptures with Brenton Avdulla on board was a $12 chance which settled worse than midfield. The mare was too tough in the run home to win narrowly.