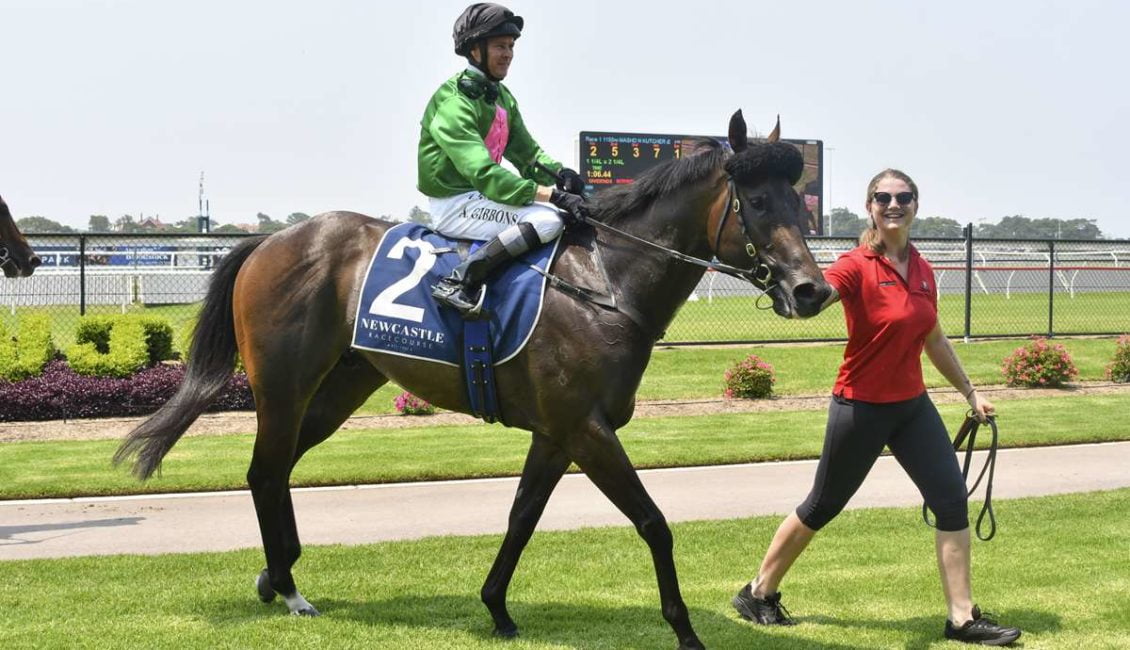 The Randwick based training partnership of Peter and his son Paul Snowden had a field day at Saturday’s Beaumont Newcastle race meeting. The Snowden’s trained four of the eight winners and Peter predicted on Saturday night that one of the quartet was a future Group horse.

The three-year-old Daredevil, a son of champion Hunter Valley sire I Am Invincible, opened the day for the Snowden’s when he defied a betting drift to easily win the 1150 metre Maiden Plate. After opening at $3.80, Daredevil drifted to $6 and he gave Newcastle’s premier rider Andrew Gibbons a tough ride in the first half of the race when he raced fiercely.

The experienced Gibbons settled the gelding before the home turn, and he speared thorough a gap in the straight to win convincingly.

Race two was a 1250 metre Maiden Handicap and the Snowden’s trained colt Snitzify was the $3.30 favourite. Chad Lever aboard Snitzify, controlled the race when he sat outside the leader and second favourite Jaytees. Snitzify got the better of Jaytees late then held off the fast finish of Chanting to win by a long head.

The shortest priced favourite of the day was the Sebring filly Bound To Win ($1.55) in the 1150 metre Fillies and Mares Maiden Plate. Lever was aboard the filly raced by New Zealand’s Sir Owen Glenn and her easy 2 ½ length win was outstanding. Bound To Win didn’t jump well but she sprinted quickly to sit three wide with no cover outside the leaders. After a tough run the filly raced away and won with her ears pricked.

The Snowden’s apprentice Cejay Graham gave a polished ride on the promising filly Crimlet in the final event the 1150 metre Benchmark 64 Handicap. Crimlet pounced on the lead when the gates opened, and she was never in danger. It was a special win for the apprentice as her parents, sister and grandmother from Port Macquarie, were on track to spend time with Graham before she returned to Sydney for Christmas.

Peter Snowden was at Randwick where he made it five for the day with talented two-year-old Aim Successful in town. “We have won two Everest’s, Golden Slippers, a Magic Millions and plenty of Group 1’s but today was a special milestone in our training careers. The tracks at Newcastle are favourites of ours with wide open spaces and long straights. We have runners there in most meetings and the five Group races at Newcastle the Tibbie is the only one we haven’t won.

Bound To Win is the last horse of the four that won at Newcastle today. She is a Group horse in the making. We intended starting her at Randwick on Boxing Day but we have had a lot of trouble educating her in the gates and when she came up with the rails barrier at Randwick we decided not to run.

A filly like this is better suited by a wide barrier and when she drew out at Newcastle that was her race.

Daredevil is smart but he also had bad barrier manners. It was a good win as he pulled hard and is immature.

Snitzify’s three starts in his first prep have been solid. He will be city class but will have a freshen up.

There was a lot of pressure on Cejay aboard Crimlet after the stable had won three earlier at Newcastle. It was a lovely front running ride and this filly is very promising. I love Newcastle that much I will be there personally on Boxing Day,” Snowden said.

Our Fun was again an impressive winner and Outback Diva went down by a head. Andrew Gibbons and Chad Lever both rode two winners at the meeting.