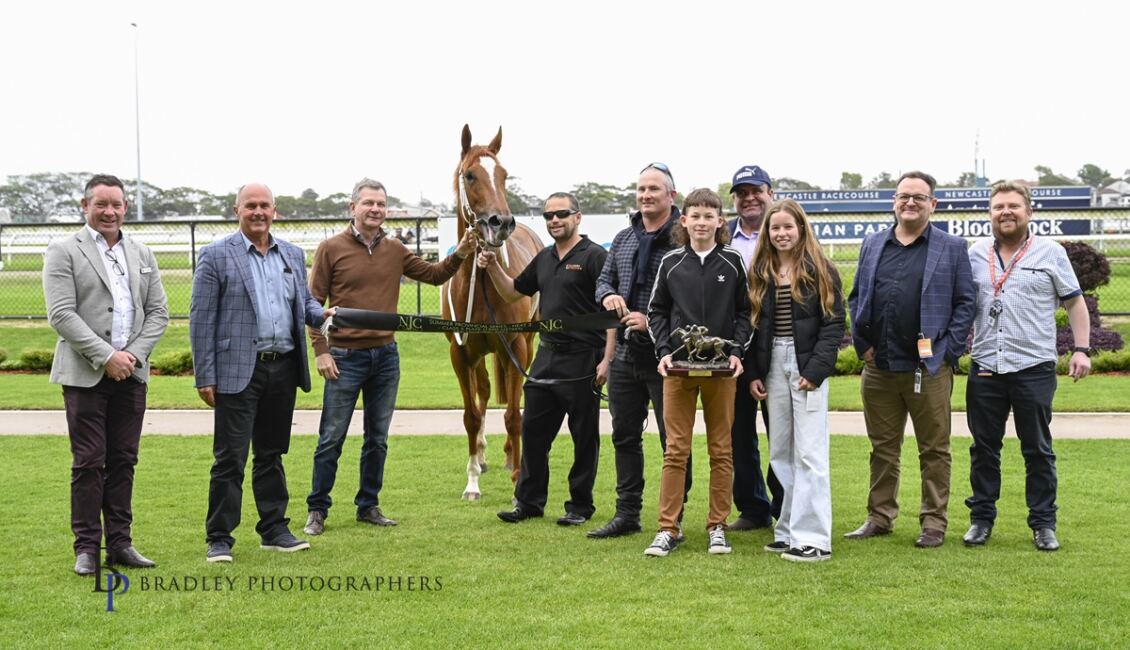 The Newcastle Jockey Clubs annual Legends Race Day held at the Newcastle Racecourse on Sunday was a great day. The NJC’s four Legends Robert Thompson, Paul Perry, Kris Lees and Gary Harley were all on course enjoying the day with their families and friends in Chevals Restaurant.

On the racetrack it was a quality provincial program highlighted by the heat of the Sky Racing Summer Provincial Series 1500m.

Newcastle trainers trifected the race with Lees’ imported mare Grande Rumore an easy winner from Perry’s Saquon with Jason Deamers’ Greek Hero a fast finishing third. Grande Rumore is raced by an Australian Bloodstock syndicate and she put the writing on the wall when runner up to the unbeaten Norwegian Bliss on The Hunter race day. The mare was given a lovely run behind the leaders by Andrew Gibbons and she sprinted away in the straight to win by 1.87 lengths. All three placegetters will run in the $150,000 Final at Newcastle on December 18.

Local trainer Andrew Macdonald was over the moon with his four year old Major Murphy who came from last in the early stages to win the Robert Thompson Benchmark 64 Handicap 1200m.

The winner which had very good recent form was ridden by promising Tamworth apprentice Jackson Searle. “It was a perfect ride by Jackson. He timed his run really well and got there on the line. This horse has had bad luck in recent starts and he has been working really well” Macdonald said. Lightly raced Major Murphy has won three of twelve starts with three placings.

Hawkesbury trainer Brad Widdup fresh from a win with his sprinter Vulpine at Rosehill on Saturday took the trainers honours on Legends day with a double. Widdup was on course at Newcastle and he combined with Tom Sherry to win the Gary Harley Benchmark 64 Handicap 2300m with Outlook.

The mare led throughout and held on to beat the unlucky Deniliquin by .24 of a length with Riverstock in third. “I took Outlook to Cranbourne last start and she ran well but I did target this race. She got a bit tired late, she did the hard work up front and with all the rain the track is heavy. I think that it is fantastic that the NJC recognises the local legends”.

The popular trainers first starter Short Shorts was impressive in winning the Reward Hospitality Maiden Plate 1300m. The New Zealand bred filly with Alysha Collett aboard sprinted away in the straight to win by 1.68 lengths.

Once again the Newcastle track received the plaudits from all sections of the racing industry due to the fact it raced so well after 154 millimetres of rain in the week prior to the meeting.