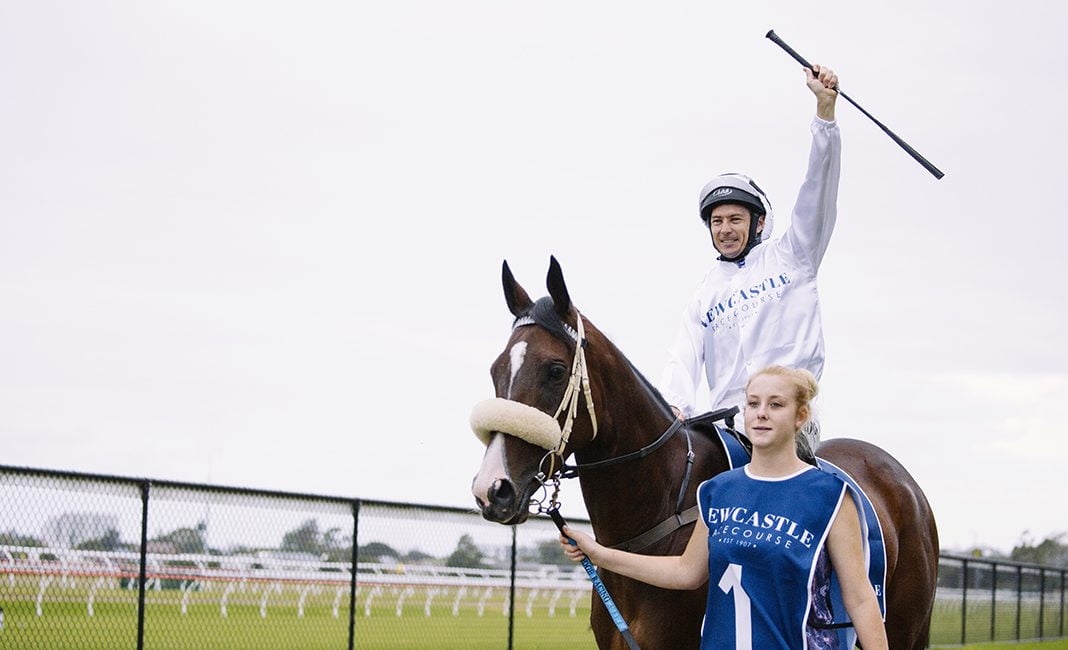 Former Victorian mare Hard Faith has found a new lease of life since joining Nathan Doyle’s Newcastle stable and she can add to the $18,300 she has returned her new owners at Newcastle Racecourse on Tuesday. The six-year -old had 32 starts for respected Victorian trainer John McArdle for 4 wins and 8 placings and her last win was at Gelong in January.

Hard Faith was purchased by Davali Thoroughbreds who have a magnificent Thoroughbred property on The Hunter River at Luskintyre in the Lower Hunter Valley after her last start at Wangaratta in April.  The intention was to breed however, the Hush family who own Davali Thoroughbreds decided to race her for another twelve months before she goes to stud. They race Hard Faith with a number of first-time owners and she hasn’t been out of a place in three starts in the Hunter Valley and Newcastle.

“The first time I travelled the mare she won a Gosford trial easily in early August. So, I was confident she would win first up at Muswellbrook on August 14 and she won well. Hard Faith was then beaten three quarters of a length in a strong Benchmark 64 at Newcastle and she was beaten a nose at Scone three weeks ago. She is up in class on Tuesday but the mare is flying and she races on the speed. I believe Hard Faith has a good chance in an open race,” trainer Nathan Doyle said at the weekend. The mare contests the 1400 metre Benchmark 68 Handicap on Tuesday.

Davali Thoroughbreds owners David and Alison Hush drew a slot in the $1.3 Million, The Kosciusko and they chose Belford trained Two Big Fari to represent them in the world’s richest country race, trained by Todd Howlett.

Wyong three-year-old Ushindi, a brilliant 4½ length winner on debut on this track on September 19 will be at short odds to repeat that performance in the 1300 metre Class 1 Handicap. The gelding has had a quiet trial on the Beaumont track on October 2 and the in form Aaron Bullock has the mount again.

John O’Shea and Tommy Berry will combine with favourite Much Much Better in the 1875 metre Class 1 and Maiden Plate. The grey gelding has outstanding form for a Provincial Class 1 and Maiden Plate. He was beaten a long head by Saturday’s Group 1 Spring Champion winner Montefilia in a Newcastle Two-Year-Old race on Newmarket day in March. He has been runner up in a recent Canterbury and Warwick Farm Maiden and he is a front runner.