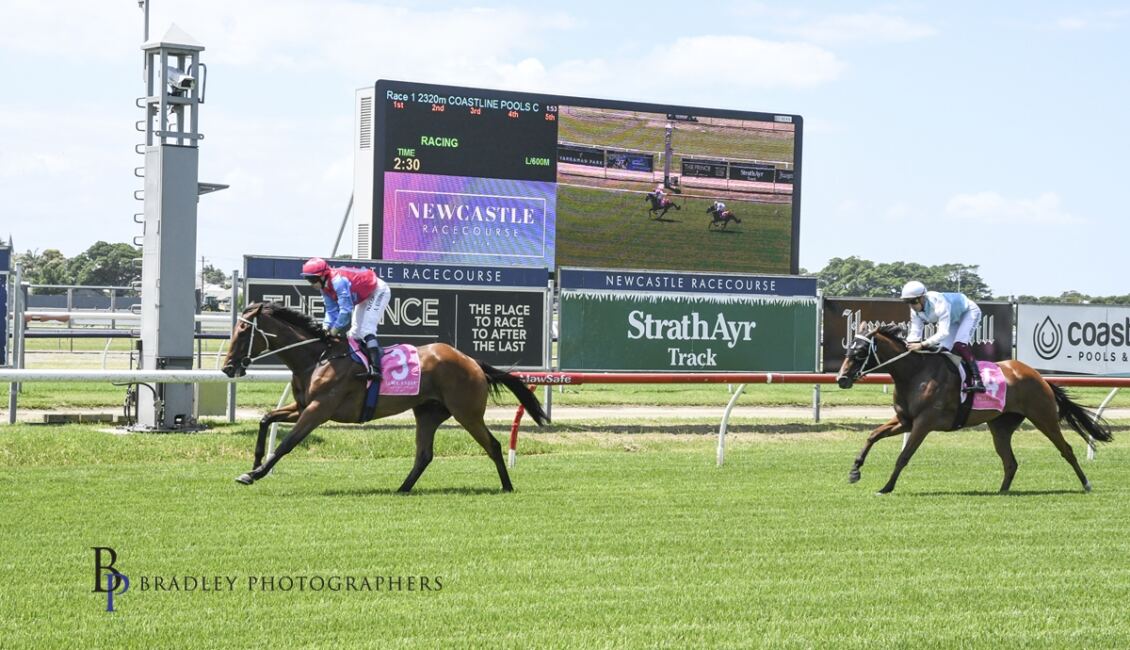 Sherry allowed Ashra Jahre to lead from the outset and she was never in danger. She cruised to the line 2 ¼ lengths ahead of runner up Heredero.

The Newnham and Sherry combination was popular with favourite backers as Ashra Jahre and their second winner Expat were both favourites. Expat contested the Bass Floor Class 1 Handicap and the filly made it two wins from three starts. She was a $51 chance when an all way winner at Gosford on debut recently. She is a promising filly ready to head back to the provincials.

Newcastle’s premier jockey Andrew Gibbons kicked off the day with a winner when odds-on favourite Whiskey Jack easily won the opening event, the Coastline Pools Class 1 & Maiden Plate 2320m. Gibbons trailed the leader Nature Boy to the top of the straight before he dashed clear.

Divine Future attempted to lead all the way however, Classic Train was too classy at her first race start.

New Zealand bred 4 year old Sound And Vision trained at Cessnock by Greg Campbell landed some nice bets when he won the 1200m Senpos Point Of Sale Country Maiden Plate. The gelding had started at $71, $101 and $61 in his only three starts and he had been unplaced in all three.

Sound And Vision ran over the top of the favourite for an impressive win.

Wyong mare The Crimson Idol with replacement rider Serg Lisnyy aboard put her nose in front on the winning post in the final event the Avid Project Management Class 3 Handicap 1350m.