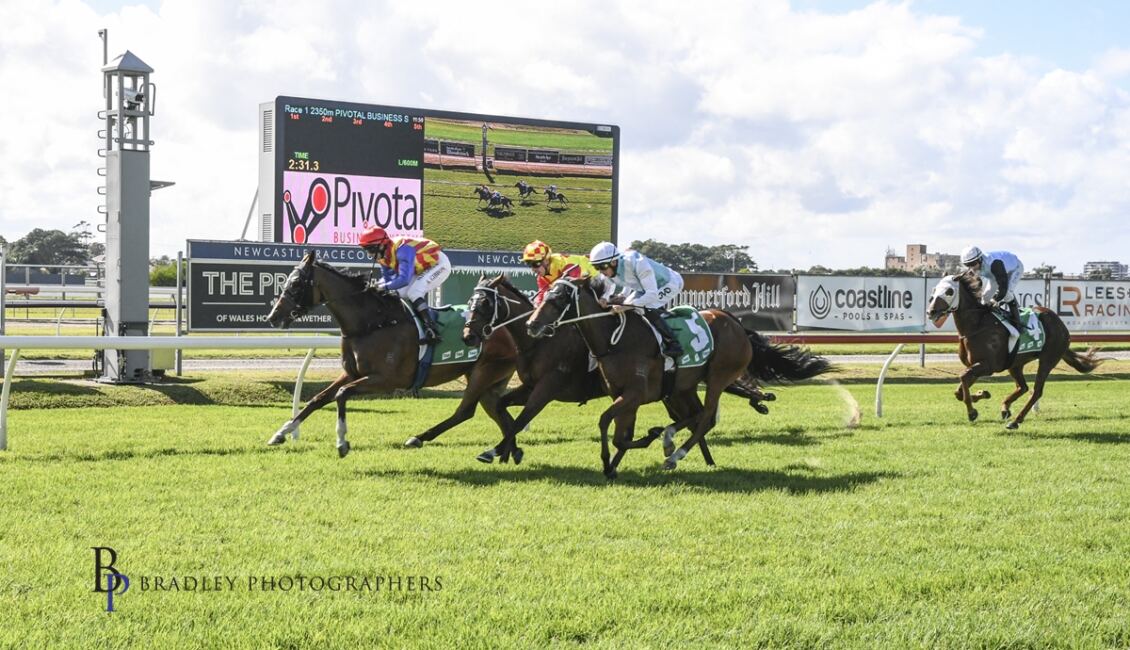 Christian Reith is on top of the Newcastle Premiership leader board with 18 wins, Keagan Latham is on 14 wins and Gibbons 13. On Saturday Gibbons won the opening event the 2350 metre Pivotal Systems Class 1 and Maiden Plate aboard the Greg Hickman trained Insider Trader.

Heavily backed, Insider Trader ($2.90) was given a peach of a ride by Gibbons in the one out and one back position. The gelding reached the lead at the top of the straight and he held on to win by half a length.

The second of Gibbons winners was the Kris Lees trained mare Wild Sheila ($12) in the 1885 metre DFK Crosbie Benchmark 68 Handicap. She raced near the tail of the field before sprinting quickly at the top of the straight. The win elevated Lees to the top of the Newcastle Trainers Premiership. Lees has trained 15 winners one ahead of Chris Waller.

There was a loud cheer from members of the Newcastle University Racing syndicate when the Gai Waterhouse & Adrian Bott trained Too Much Caviar ($6) cruised past the post 4¼ lengths clear of the field in the 1400 metre Red Funnel Maiden Handicap. The University Group share in the ownership of the winner.

Australia’s best performed ‘Maiden’ Osamu finally broke through for his first win when he held on for a narrow victory in the Banktech Cashconnect ATM Plus Maiden Plate 1200m. Osamu, narrowly beaten when a $1.22 favourite at Newcastle on April 15 went to the barrier on Saturday at $1.14. Formally with Chris Waller, Osamu is these days trained by Annabel Neasham. He has raced in Group and Listed Races during his career and his first win on Saturday took his prize money to more than $200,000.