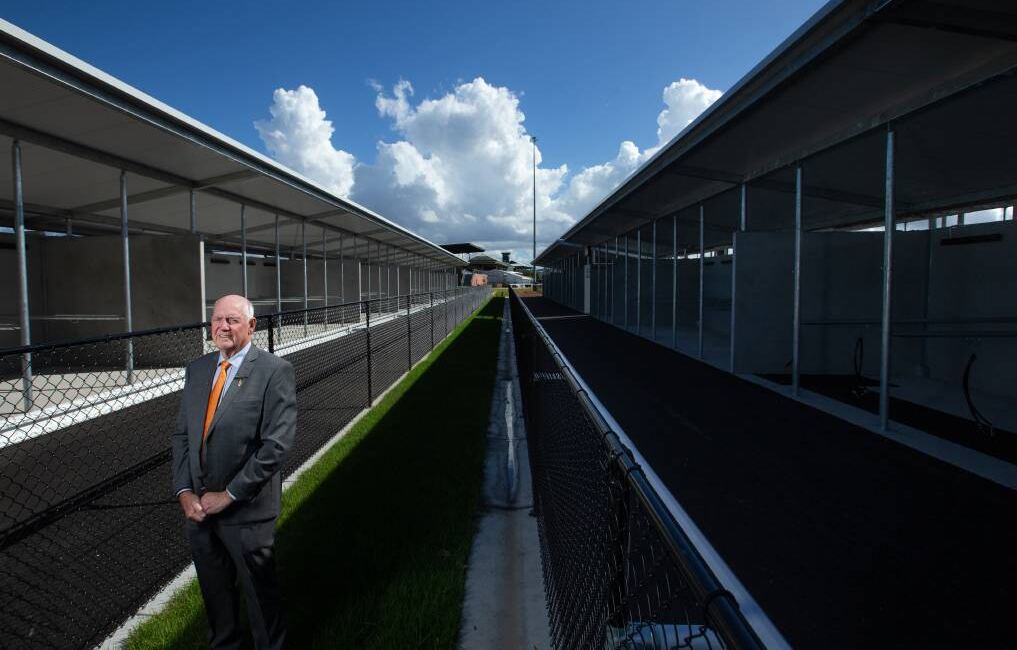 NEWCASTLE Jockey Club (NJC) has proudly completed the first major step in its grand plan towards new on-course stables with the unveiling of $4 million raceday stalls.

The club officially opened the 130 tie-up stalls, carpark and bridle path on Sunday.

The new complex, located near the 200-metre mark of the course and the corner of Darling and Lowe streets, will eventually replace the raceday stalls at the Chatham Street end.

That move will allow the Chatham Street end of the Broadmeadow facility to be cleared and become the site for a proposed two-storey, 500-stable complex for on-course trainers.

The new stables, which are likely to cost in excess of $25 million, will replace the existing stables at the opposite end of the course, near Beaumont Street.

It is hoped the stables, as well as profits from potential developments of the Beaumont Street site, will future-proof the club.

Funding for the planned stables has yet to be secured but Racing NSW is helping the NJC, which sold the Cessnock course to the state body last August as part of a deal to make the stable development a reality.

NJC chairman Geoff Barnett said the club planned to submit a development application for the new stables to the state government “in June or July”.

While the club will need significant support to build the stables, the new day stalls complex was constructed using NJC savings.

“I’m happy with it and I’m really proud the club has paid for it, we haven’t had any financial assistance with this,” Barnett said.

“We’ve just been saving up for it. We lost some money here a few years ago, but we turned that around, and it just goes to show the industry is doing well.”

He said the funds used did not come from the sale of Cessnock and the project was “pretty much on budget”. Extras such as electronic name boards in each stall had added to the cost.

“You’ve got to do it properly,” Barnett said.

“It was a little bit over, but it was pretty much what we thought it would be and I believe it’s a really good job.

“Hopefully they will drain off a lot easier, it will be a lot more environmentally friendly.”

He said NJC director Richard Sonnichsen, who is the building and property manager for Darley Australia, had overseen the day stalls planning and construction.

“The board is just so thankful to him,” Barnett said.

“It’s his specialty and he took such an interest in the design, and right through the construction.”

Meanwhile, Barnett said the upper level of the Newcastle Racecourse Members Stand would likely be off limits for another couple of months because of repairs needed to the steelwork supporting the roof.

The section has been closed to the public for the past month.

“It’s mainly steel corrosion in the higher part, up under the roof,” he said of the problem.

“It’s not a concrete problem, it’s a metal problem. We’ve called for tenders and I think we’re just about ready to get the repairs done on that.”

** The NJC farewells industry liaison and racing supervisor Michael Buckley this week as he moves into his new role as general manager at Tamworth Jockey Club.

Buckley came to the NJC from South Australia with chief executive Matt Benson in 2016 and said the top job at Tamworth was the next step in his career.

Barnett said it was a good opportunity for Buckley.

“He’s been terrific for us and we’re sorry to see him go, but we wish him all the very best up there and good on him,” Barnett said.

** The Newcastle and Hunter Racing Hall of Fame will induct eight new members at a gala luncheon on Tuesday, May 16.

Two nominees in each of the four categories – horse, trainer, jockey and associate – will be announced to take their place alongside the 16 chosen across the 2017 and 2019 inductions.