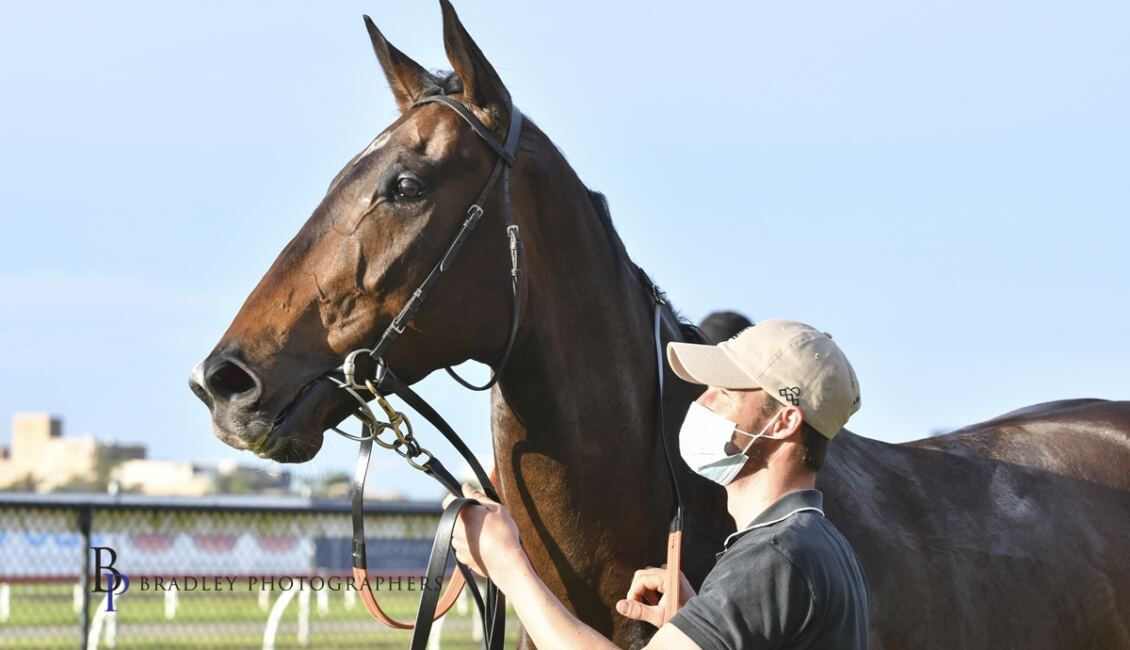 Few of the country apprentice jockeys of the past have outridden their country allowance in their first season of riding but Gibbons reached the milestone on Saturday with a month to spare.

The son of one of Newcastle leading jockeys Andrew Gibbons, Dylan reached his target of 80 season winners when he won the 1400m Benchmark 68 Handicap aboard the Scone trained blueblood Mother’s Mercy. The 4yo lightly raced mare took her record to 5 wins from 7 starts.

She is trained by Arrowfield Studs boss Paul Messara who could not make it to Newcastle because he was stuck in Queensland’s COVID lockdown. The mare had not raced since February however, she had two recent barrier trials.

Gibbons let Mother’s Mercy roll to the lead at the 1200 metres and she travelled sweetly to the home turn. General Dubai headed Mother’s Mercy at the ‘400’ but she regained the lead and held on to win by a head from the country galloper A Magic Zariz.

Gibbons who commences’ a one-week suspension on Monday was delighted. “I am so happy to reach the 80 wins today before I start the weeks suspension. I didn’t want to lead on the mare but no one else was keen to lead and we landed there.

Mother’s Mercy wasn’t comfortable in front and I upped the tempo at the 600m. She floated in the straight and I thought she was gone as she got a bit tired, but she has a great will to win. I started the season hoping for 50 wins and with a month to go I have 80.

I phoned my boss Kris Lees and his words were- Well done, you stacked them up, good ride- I will be doing a lot more provincial riding next season” Gibbons said.

Scone apprentice Reece Jones, the leader in the NSW Apprentice Premiership landed a double aboard Titled Tycoon and Super Effort while Christian Reith combined with the Hawkes Partnership to win with Turnstar and Raccolto.