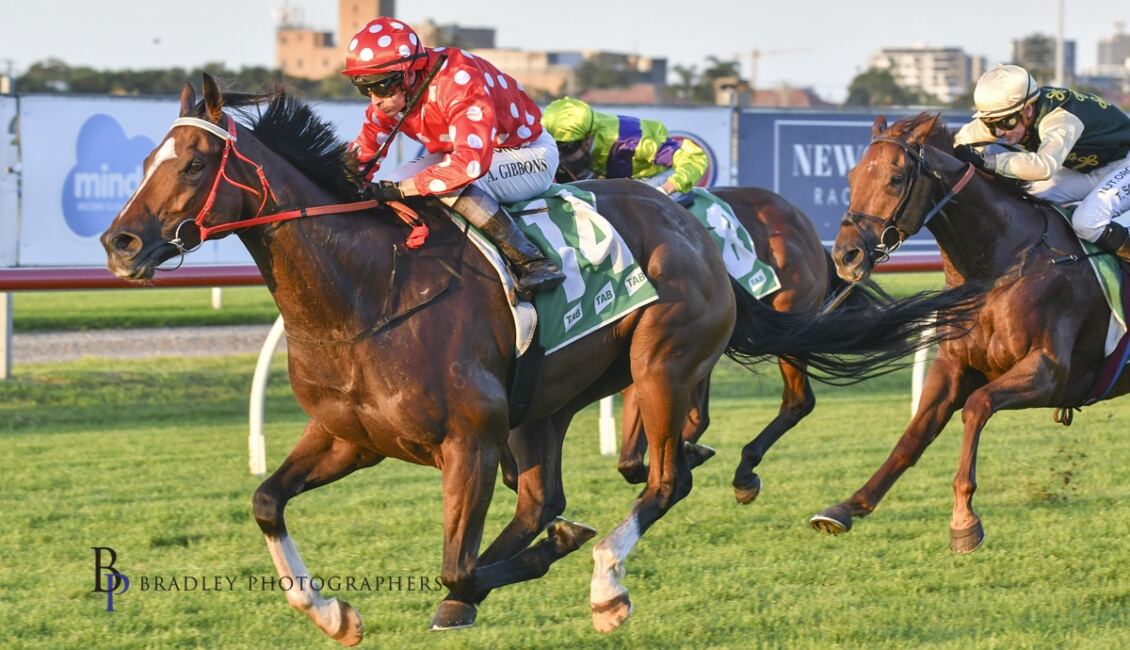 Legendary Randwick trainer Les Bridge produced a long priced winner at Thursdays Newcastle Jockey Club race meeting. Legend Has It a $17 chance was the veteran trainers only starter at the meeting in the 2330metre Avid PM Benchmark 53 Handicap.

Carrying the colours of Hong Kong businessman Bon Ho who raced Bridges 2020 the Everest winner Classique Legend the 4 year old sustained a long run from the tail of the field to win by 1.85 lengths.

Legend Has It stormed home to win a 1600 metre Newcastle Maiden on March 5 and his Newcastle record stands at two wins and a placing from five starts.

On Thursday he was ridden by the in form Aaron Bullock who had piloted Onemore sapphire to victory in the previous race the Red Funnel Provincial Cup (1600m).

Bullock has ridden seven winners in the past nine days.

Another $17 winner on the day was the mid north coast three year old Luminoso trained by Tony Ball.

The latter a long time foreman at Crown Lodge before returning to Taree makes regular trips to race at Newcastle and this was Luminoso fifth run on the track.

He ran down the long odds on favourite Osamu in the shadows of the post.

The Muswellbrook combination of trainer Jan Bowen and jockey Mikayla Weir was successful with the speedy Iamacrumpet in the 900 metre Macka’s Sand and Soil Benchmark 64 Handicap (900m).

The mare is a short course specialist with three wins and three seconds over 900 metre courses.

She overcame a wide barrier and a tough run five wide to win impressively.

The meeting did not end well for punters when $101 chance Highjacker won the final event the TAB Venue Mode Benchmark 64 Handicap (1300m).

Trained by Kylie Gavenlock and ridden by Andrew Gibbons Highjacker’s win was only his second in twenty four starts.