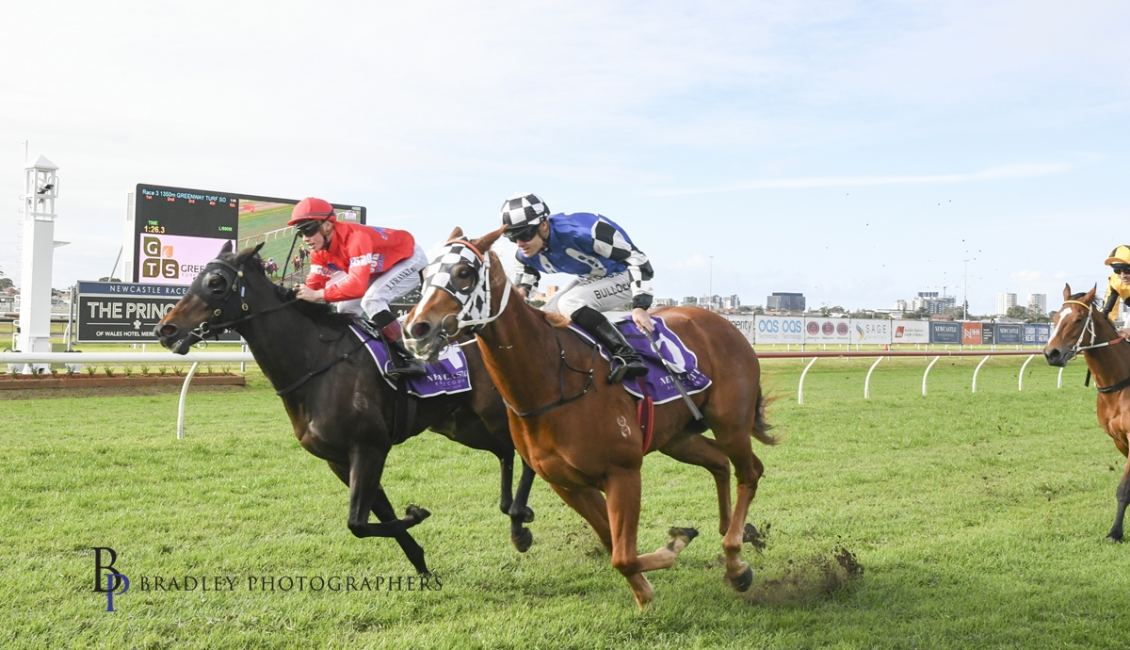 Newcastle trainer Nathan Doyle saddled up his 53rd winner for the season when bonnie mare Miss Scalini nudged out the Kris Lees trained I Want One to win the Greenway Turf Solutions Benchmark 66 Handicap (1350m) at Monday’s Newcastle meeting.

Miss Scalini arrived at Doyle’s Newcastle stables in mid-2020 after failing to win a race in six starts. Under Doyle’s care the mare has won six races, and she had a two-horse war with I Want One over the final 200m. North Coast apprentice Jasper Franklin was aboard Miss Scalini while Aaron Bullock piloted I Want One. Miss Scalini led from the outset and when joined by I Want One in the straight neither would give an inch. Doyle was proud of his mare following the race.

“She was second up, and the mare has a very good record second up. I told Jasper to make sure the mare got to the outside fence in the straight where the best going was. He carried out the instructions to the letter, and Miss Scalini was tough when the pressure was on. The young man is a very promising apprentice, and I would like to have him down here” Doyle said.

Scone mare Stella Glow confirmed her staying potential with a 6 ¾ lengths victory in the TAB Venue Mode Benchmark 58 Handicap (1900m). Stella Glow came from an impossible position to win at her last start at Newcastle, and she is a very strong stayer trained at Scone by Scott Singleton.

Two of Sydney’s leading trainers Gerald Ryan and Sterling Alexiou along with Mark Newnham trained winners late in the day.

Ryan and Alexiou produced an unraced Nicconi filly named Golden Gate in the Red Funnel Maiden Handicap (1200m). She joined the leader Hellavadancer in the straight and she raced away to win by more than three lengths.

Newnham’s New Zealand bred 2-year-old Beer Palace made a winning debut in the Rarity Wholesale Maiden Handicap (1200m). It was a patient ride by Tom Sherry who let the winner settle at the tail of the field before cruising home to win by more than three lengths.