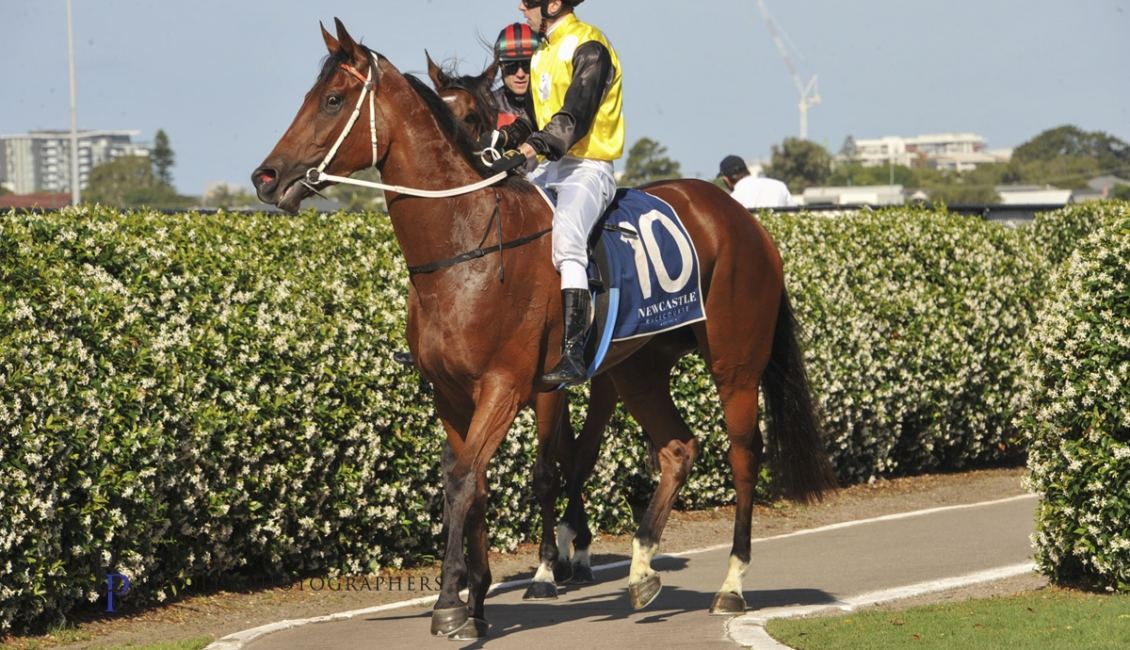 The regally bred filly Glowing Red is expected to spell after she broke through for her first win in her second start at Newcastle on Tuesday. It was a Cessnock meeting held on the course proper and all eyes were on Glowing Red, the half-sister to dual Group 1 winner In Her Time, as she contested the Coastline Pools & Spas Maiden Plate (1200m).

The three-year-old was a close second on debut at Gosford on November 10 and Brenton Avdulla was in town to ride the filly. The jockey settled Glowing Red off the speed and he steered her into the clear on the home turn. She reached the lead late and won by half a length.

Trainer Kris Lees said after the race that Glowing Red will probably go for a spell with the Autumn in mind. “She is a really nice filly but has been a work in progress. She gets a bit hot in the enclosure but she is getting there. I thought she was going to put them away a little easier than she did. She floated a bit late but once the penny drops, I think we will have a really good filly.

Glowing Red has come a long way, Luke Cumberland does all the work on her and he has done a really good job. I will probably give her a nice break and we will see her in the Autumn,” Lees said.

The premier trainer prepared two winners at the meeting with another blueblood Berruti successful in the New Zealand Bloodstock Benchmark 58 Handicap (1350m). A half-brother to Group 1 winners Deep Field and Shooting To Win, the four-year-old was ridden by Avdulla. Lightly raced, the entire has won two of his five starts.

In the opening event the Prince Of Merewether Class 1 Handicap (1200m) Lees’ apprentice Louise Day combined with Steve Hodge to deny Lees’ odds on favourite No Laughing Matter victory. Devils Choice was given a gun ride by Day and he overhauled No Laughing Matter to win by a short head.

Warwick Farm trained Marcher Sur L’eau was the easiest winner at the meeting the Red Funnel Maiden Handicap (1350m) by five lengths. The three- year-old was on debut after two trial wins and he produced a stunning turn of foot. Irishman Robert Quinn trains the three-year-old and it was only the trainers twelfth starter and third winner.