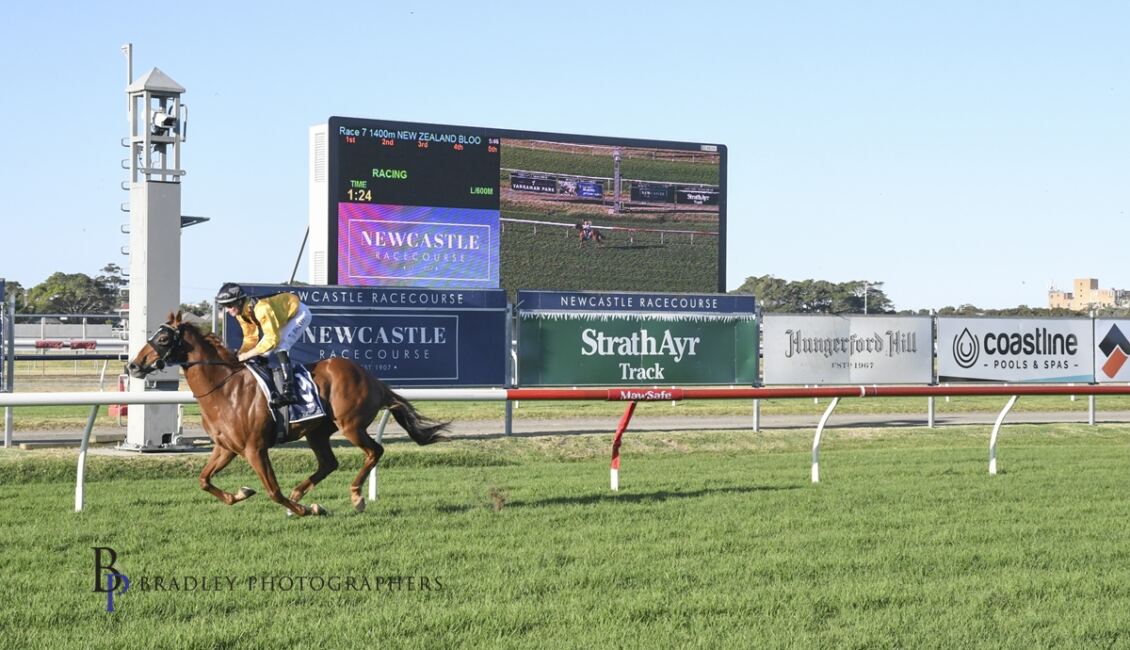 Super contested the 1400 metre New Zealand Bloodstock Benchmark 68 Handicap and he was backed from $7 into $3.80 on an eight day back up after placing at Muswellbrook. Super, with boom Sydney apprentice Tom Sherry in the saddle, settled near the tail of the field and the Irish born apprentice made a lightning move around the field from the 600 metres.

Super hit the front at the top of the straight and he raced away to win by 5¼ lengths. Minervini is an astute trainer and he was very confident of victory when he spoke to yours truly on Sky Racing prior to the race.

After the race he made the following comments “I knew that he would run well at Newcastle. In his previous start when placed at Muswellbrook he couldn’t quicken with 59 kilograms on his back. All the stars aligned and Super bolted in. On that win we might get a look at a midweek race in town. Also, the night meetings at Canterbury start soon and Tom Sherry has a three-kilogram claim in town,” Minervini said.

Unamerican, the son of Melbourne Cup winner Americain was an impressive winner of the 1875 metre Minder Cloud Services Class 1 and Maiden Plate. Perfectly ridden behind the leaders by the in-form Rachel King, Unamerican sprinted quickly when called on in the straight and raced away to win by 2½ lengths.

Wyong trainer Kim Waugh had a mixed day saddling up two favourites for a win and a third. Her filly Victorella debuted in the opening event the Red Funnel 3YO Maiden Handicap (900m). She began fairly from the barrier and went through to share the lead soon after. Victorella kicked on the turn but was easily run down late.

Waugh saddled up $2 favourite Atherton in the Class 1 TAB Venue Mode Handicap (1300m). A noted front runner, he cruised in the lead for Brenton Avdulla and he bolted in.