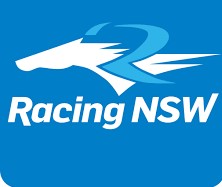 Since its inaugural running in 2019, the $1Million ‘The Hunter’ and the standalone meeting in support, is the richest day of racing on the NJC’s busy calendar. But the time-honoured Newcastle Gold Cup Day features three Group 3 events – highlighted by its flagship staying race run over 2300m.

The two other Group 3 races on Cup Day are the Australian Bloodstock Cameron Handicap over 1500m and the Yarraman Park Tibbie Stakes, with both races carrying prizemoney of $160,000. The past two ‘Camerons’ were won by the Team-Hawkes trained Pierro-sired gelding ‘Rock’. The race was first run in 1950.

This year’s Cup Day is classified as one of the ‘new’ Provincial Showcase meetings – an initiative engineered by NJC Chief Matt Benson in his current role as Chairman of the Provincial Racing Association and made possible with the generous support of Racing NSW in providing a huge boost to prizemoney for all five Provincial clubs on their major days.

A record $820,000 in prizemoney is up for grabs on the day with the Group 3 Sharp Office Newcastle Cup boosted by $50,000 to $250,000. Incredibly, Newcastle’s most successful Group 1-winning training family were winless in their hometown’s major race until Mugatoo was successful for Kris Lees last year, in an emotional and long overdue result for the Lees family.

The Tibbie Stakes is a 1400m event for Fillies and Mares and the first running was in 2005. The remaining five support events on Cup Day all now carry prizemoney of $50,000 as part of the new Provincial Showcase format.

Another Great Season For Novocastrians

Newcastle’s premier trainer Kris Lees enjoyed another highly successful season in 2020-21. Lees trained 150 winners in New South Wales which placed him second behind Chris Waller (216 winners), with 38 on Provincial tracks and the most of any trainer on NSW Country tracks with 84 winners. In the Australian Premiership he completed the season in third place behind Waller and Ciaron Maher and David Eustace.

The Lees stable saddled up a total of 180 winners in all jurisdictions. The popular mentor won races in Queensland where he finished in the top ten in the premiership, and in Victoria his major coup for the season was the win of Mugatoo in the $5 Million All Star Mile at Moonee Valley. Without question the victory that gave Lees the most satisfaction was in the Newcastle Gold Cup where again, his plucky import Mugatoo was first past the post.

A quartet of Newcastle based jockeys celebrated a successful 2020-21 season. Apprentice Louise Day was the most successful on metropolitan tracks with 18 winners. In the New South Wales Premiership, Aaron Bullock finished fifth with 106 winners followed by Dylan Gibbons (86), Andrew Gibbons (79) and Louise Day (47).

On Provincial tracks Andrew Gibbons steered home 26 winners and Aaron Bullock 17. Bullock was runner up to Blake McDougall in the Country Premierships with 89 winners followed by Dylan Gibbons (77) and Andrew Gibbons (53).

The Newcastle 2020-21 Premierships final standings were as follows:

Sharyn Scorse, a well-loved member of the Newcastle racing family, passed away aged 67 on July 16. Sharyn is the wife of former top jockey and Newcastle-Hunter Hall of Famer Alan Scorse. Sharyn’s late father Roy Hinton is also a Newcastle-Hunter Hall of Famer and her late mother, Audrey, managed the Racing History Room at the Newcastle Racecourse. Sharyn will be sadly missed by family and the racing fraternity.

Boost To The Hunter Day

Racing NSW has boosted prizemoney for the $1Million The Hunter Raceday on November 13 by adding a new $300,000 race. The Raceday features the third staging of The Hunter for the sprinters and the new race is a 2300m Handicap offering $300,000 prizemoney. There will now be four feature races on Saturday November 13. The other two feature races being the Group 3 Spring Stakes (1600m) for 3yo’s and the Max Lees Classic for 2yo’s (900m). There will hopefully be some big news about a new major sponsor for The Hunter announced in the coming days.