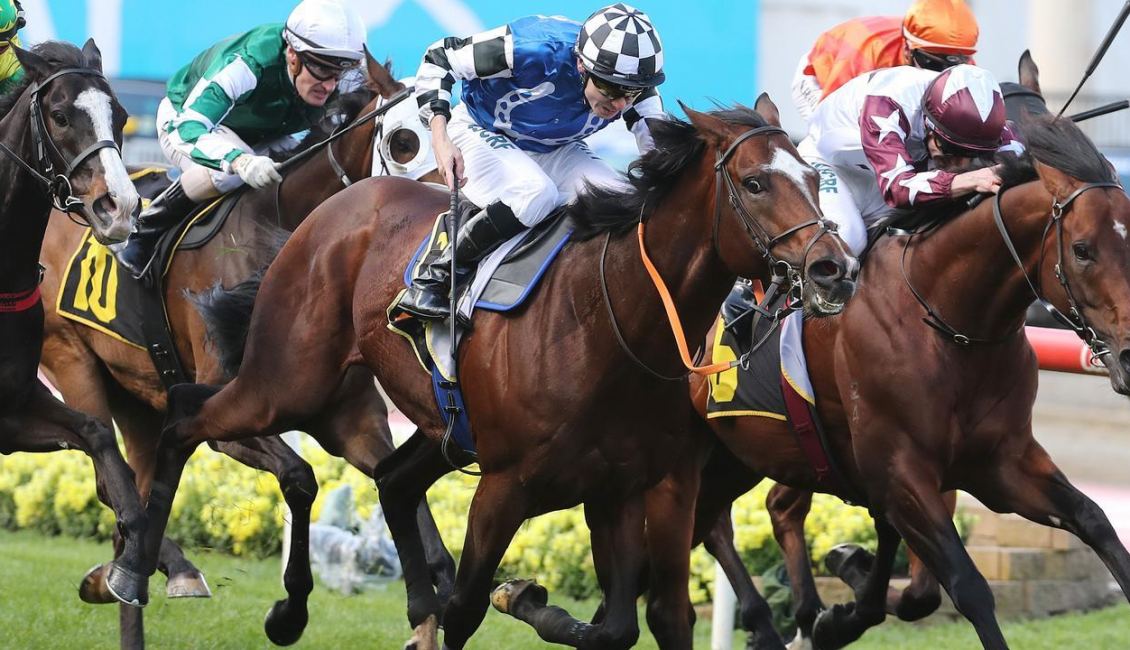 Newcastle’s $1 million The TAB Hunter meeting has the potential to become a “mini-Everest carnival” for the provincials.

This is the prediction of Australia Bloodstock’s Jamie Lovett who has three runners in Saturday’s big Broadmeadow race – Special Reward, Tactical Advantage and Chief Ironside.

Lovett might be a proud Novocastrian but all bias aside he believes The Hunter, in only its second year, will continue to establish itself as a major spring carnival goal for owners and trainers.

“The Newcastle Cup has always been the main focus up here but last year The Hunter was a fantastic raceday,’’ Lovett said.

“This year with the circumstances around COVID there is a limit on the crowd but I do foresee in the future this will be our biggest day. The Hunter will just keep gaining momentum.’’

Lovett said the Newcastle community embraces local sporting events and The Hunter is resonating with a younger generation of punters and racing fans.

“I was talking to (Newcastle Jockey Club chief executive) Matt Benson earlier in the week and he was telling me race day tickets sold out in one hour and they were purchased predominantly by people in their 20s and 30s,’’ Lovett said.

“There is not much else on in mid-November, the footy is over so I think this meeting is in the right spot on the calendar.

“We are going to have a speed hump with COVID this year but the race will stay relevant and next year hopefully the world is normal again because the club has some great ideas for this raceday.

“It wouldn’t shock me that the club could get up to 10,000 at this meeting next year. We have a captive audience here and the interest is definitely there in the community.

“The club can set up hospitality marquees on track to cater for the crowds because people want to be involved in the event.

The Hunter (1300m) has again attracted a classy, capacity field of 15 with every starter having won previously at Group or Listed level. The first two emergencies are also stakeswinners but because of the quality of the race line-up, they didn’t even make the cut.

Leading the local defence for The Hunter is Lovett and Luke Murrell’s Australian Bloodstock with their trio of sprinters prepared by Newcastle’s leading trainer Kris Lees.

Lovett and Murrell have been operating their syndication business out of Newcastle for nearly 10 years and have had more than 600 winners, including 69 at Group and Listed level, for prizemoney of more than $51 million.

But Lovett gave a hint of what a win in The Hunter would mean to the syndicators when he rated the Lees-trained Mugatoo’s win in the Group 3 Newcastle Gold Cup earlier this spring as one of their most satisfying results.

“Mugatoo’s syndicate of owners includes the chairman of the NJC (Geoff Barnett) and quite a few locals so it was a special day when he won the Newcastle Cup,’’ Lovett said.

“If we can The Hunter, it would be right up there. To pinch a line off Kris Lees, it you win it then it takes you a long way in a boat.’’

Chief Ironside and Special Reward are at $14 in early The Hunter betting while last year’s runner-up, Tactical Advantage is at $26. The Kim Waugh-trained Trumbull is favourite at $4.60.

Lees did start Chief Ironside and Special Reward in the Cameron Handicap (1500m) earlier this spring with the stablemates placing third and fifth respectively behind Rock.

Chief Ironside was then tested at Group 1 level in the Toorak Handicap and Cantala Stakes, finishing unplaced in both but giving connections an insight into the six-year-old’s stamina reserves.

“We have a suspicion he doesn’t quite run a strong mile,’’ Lovett said. “So, Kris has freshened him since Melbourne and on his work (Tuesday) morning he can run a race.

“He ripped home in his gallop so if he ran up to that he would be more than competitive. He is a Group 2 winner so he is not outclassed in this race.’’

Special Reward, winner of the Newcastle Newmarket earlier this year, followed his competitive Cameron effort with a disappointing run in the Sydney Stakes.

“He will need to turn it around,’’ Lovett admitted. “He was common last start but we have kept him ‘mad’ fresh, taken the blinkers off and he is another one that wouldn’t shock me if he ran a really good race.

“Kris knows this horse races best when fresh. Again, if he worked up to his gallops this week he can run well.’’

Lovett conceded Tactical Advantage has not found his best form this spring with four unplaced runs including his last start eighth behind Kemalpasa in the Linlithgow Stakes at Flemington.

“I don’t know if he is going as good as he was last year – he was flying last spring,’’ he said.

“He looks terrific but he needs to improve. He is such a brave horse it wouldn’t surprise me if he turned it around.’’

Lees is hoping to utilise his “home ground advantage” with 14 runners across seven races at Broadmeadow including five starters in The Hunter with El Dorado Dreaming and Evalina also lining up in The Hunter.

Enchanted Heart has won successive starts at Kensington and Rosehill, improving her career record to six wins from 14 starts. She at $4.20 second favouritism to continue her winning streak.

“She is airborne, we think she is a stakes horse in the making,’’ Lovett said.

Mongolian Wolf is second-up from a spell, has James McDonald in the saddle and is getting out to a more suitable distance but he’s only rated at $31 in overnight betting.

Lovett said Mongolian Wolf is “going well” and it would not surprise if he ran a competitive race. Occupy ($13) is racing consistently, finishing third at the Canterbury midweeks before a last-start third in the Cessnock Cup. Lees has booked Nash Rawiller for the ride.

“The jury is out on him, I think he has reached his level but his run was good the other day and he’s worked well since,’’ Lovett said.

Meanwhile, Lees has had to quell Lovett’s enthusiasm to extend boom stayer Mugatoo’s spring campaign and include the $1 million The Gong at Kembla Grange next week.

Mugatoo has quickly recovered from a minor leg issue and is in such good condition Lovett sounded out Lees about a possible The Gong start.

But Lees has confirmed Mugatoo is going for a well-deserved spell with plans in place to set the gelding for a Group 1 weight-for-age race campaign in the Sydney autumn carnival next year.

The talented Mugatoo was a shock raceday scratching from the Mackinnon Stakes last Saturday with a minor leg wound that is believed to have been sustained on the float trip to Flemington.

Lovett said the wound was no more than a “small nick’’ but he could understand veterinarians erring on the side of caution and ordering the horse’s withdrawal from the Mackinnon.

“Mugatoo is fine, in fact he’s so well I was at my trainer to run him in The Gong but I couldn’t convince Kris,’’ Lovett said.

“We will stick to the plan, give him a break now and get him ready for the Chipping Norton Stakes and head towards the Queen Elizabeth Stakes in the autumn.’’

The six-year-old gelding narrowly missed a Group 1 win when edged out by Mirage Dancer in The Metropolitan before his good fourth to Sir Dragonet in the Cox Plate.

Mugatoo is another former northern hemisphere-bred galloper identified by the Australian Bloodstock team who has successfully adapted to Australian racing.

Lovett and Murrell also race German stayer Ashrun, winner of the Hotham Handicap on Derby Day before his 10th in the Melbourne Cup earlier this month.

Ashrun, trained by Andreas Wohler, has returned to Europe to continue his race career while debate rages about how to curb the increased frequency of fatalities among international stayers competing in the Melbourne Cup.

English Derby winner Anthony Van Dyck became the latest equine tragedy when he suffered a catastrophic leg injury at the top of the straight in the Cup last week.

“We are not immune to this problem but if we buy a horse from Europe the veterinary protocols we go through are very stringent,’’ Lovett said.

“Maybe Racing Victoria has to introduce something like having a third party do the veterinary inspections of those horses coming here for the Cup.

“I haven’t got the answer but whatever they decide to do they have to do it fast and be very proactive as what has happened is a black eye for the sport.’’