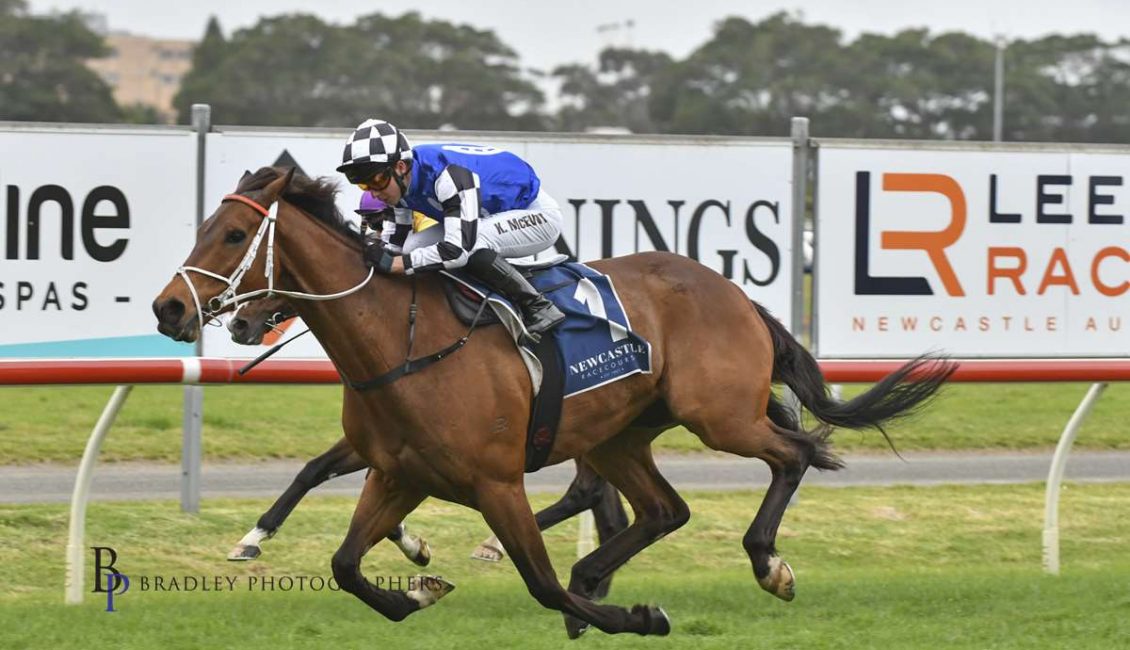 The Sharp Electronics Group Newcastle Gold Cup Day has been hailed as the best in recent years for many reasons with crowds restricted due to COVID-19 1200 racegoers (the maximum allowed) attended the Cup Day which included three Group 3 events of the highest quality. It was a race meeting which ticked all the boxes.

Australia’s best racetrack prepared magnificently by the NJC staff, fine weather, and the nations best jockeys and trainers, topped off with a Cup victory for Novocastrians to celebrate.

As has been well documented, Newcastle champion trainer Kris Lees ambition since he took over the families stable following the death of his father Max in 2003 has been to win his hometown cup.

In 2020 Lees knew he had the stayer to win the Cup and he was supremely confident that Mugatoo, despite the impost of 59 kilograms, would end his frustrating run of minor placings in Newcastle’s flagship event.

Mugatoo settled better than midfield and when McEvoy called on him in the straight there was no stopping the gelding as he surged past 2019 Newcastle Cup winner Hush Writer to win by a length and a half.

Mugatoo is raced by Hunter syndicators Australian Bloodstock, Lees biggest client with around 60 horses in the stable. “It is our hometown cup and it means so much to a lot of people including my staff and Australian Bloodstock so I am very relieved and very grateful. Mugatoo is a really good horse and has a bright future.

I can’t thank Australian Bloodstock enough. I am extremely indebted to them for the opportunity they have given me over the past ten years or so,” Lees said.

The Hawkes trained Rock stunned racegoers with his 3½ length victory in the Group 3 Australian Bloodstock Cameron Handicap. It was a repeat performance by the five-year-old which came form last to win the 2019 Cameron.

Co-Trainer Michael Hawkes said after the race that Rock is a dry track horse “He has just been wanting a dry track. After the Cameron last year, we went to the Epsom and it was a wet track. Then we took Rock to Melbourne for the Group 1 Cantal and again a wet track. Rock is flying and he is heading to the Epsom and is a very good chance,” Hawkes said.

The Group 3 Yarraman Park Tibbie Stakes is always a cracking race for the females and the 2020 event was no different. New Zealand bred mare All Saints’ Eve confirmed her potential with a narrow but authoritative win. The mare has won four from eight and is expected to back up in the Angst Stakes at Randwick in three weeks. The winners trainer John O’Shea was full of praise for James McDonalds ride. “I didn’t expect her to be that dominate and as I believed she still had improvement. It was a beautiful McDonald ride. I thought All Saints’ Eve would run top four but the ride was the difference between winning and losing,” O’Shea said.