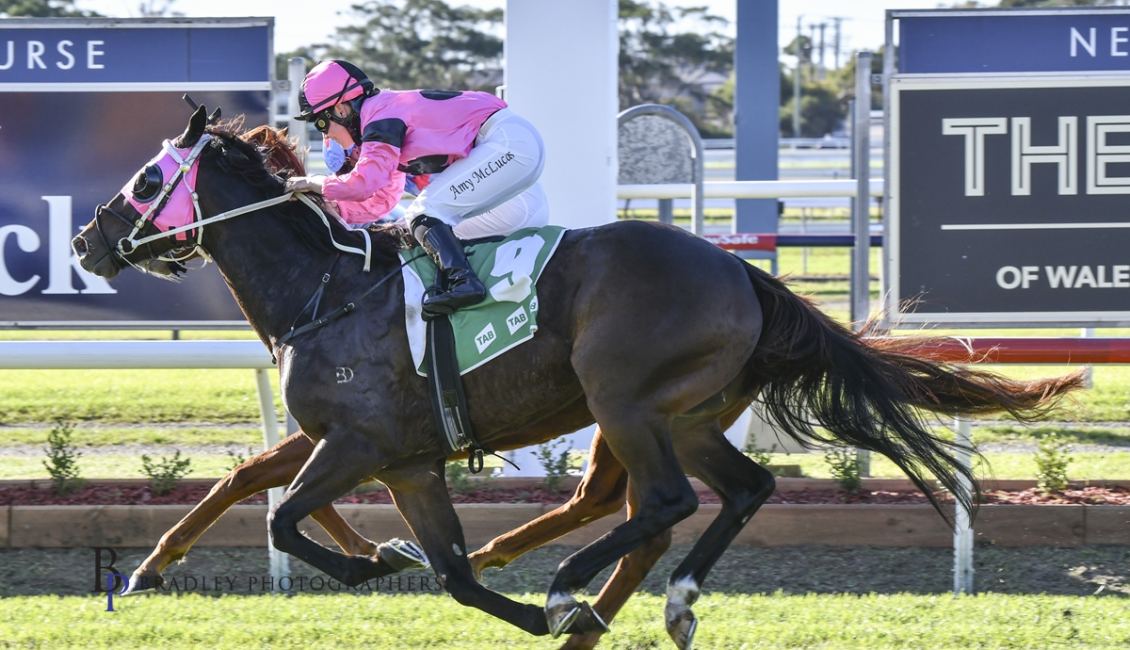 18 year old Queensland apprentice Zac Lloyd had a mixed day at the Newcastle race meeting on Saturday however, the likeable teenager left the track with a smile. Lloyd joined the James Cummings-Godolphin stable three weeks ago and he has ridden five winners since his first Sydney ride on May 19.

On Saturday he had six rides for two winners and a placing. His first mount on Saturday was the Godolphin 2yo Pinnace in the 2YO Maiden Plate (900m). The filly was on debut, and she flew out of the barriers but was outpaced and settled third. Pinnace sprinted quickly 100 metres out and she raced away for an easy win. There was drama when Lloyd weighed in and it was discovered that the winner carried 500 grams less than her allotted weight. Stewards delayed correct weight for some time before announcing Pinnace would retain the race.

Lloyd’s other winner Indifference produced the run of the day in the final event, the Class 1 Handicap (1400m). The 3yo won first up at Goulburn by 4 lengths recently, however he had a horror draw on Saturday. Slowly away Indifference was trapped off the track all the way yet sprinted quickly in the straight to win comfortably. The winner is a promising galloper also trained by James Cummings.

Rosehill based apprentice Amy McLucas rode a double for the second consecutive week at Newcastle. The 22-year-old was aboard the Kembla trained Departing Bullet, winner of the Benchmark 64 Handicap (1600m). Trained by Paul Niceforo, Departing Bullet settled in third place with a lovely trail. The winner had a two-horse war in the straight with runner up River Snitty, but Departing Bullet stuck his nose in front where it mattered.

Top provincial jockey Mitchell Bell took the riding honours with a treble. Bell started the day with the $1.85 favourite Stella Glow in the Maiden Handicap (1850m). The filly scored a miracle win after being in a hopeless position halfway down the straight. His second winner was the Coolmore blueblood Parlayed in the F&M Maiden Plate (1200m). It was a gun ride from midfield and when Bell released the ribbons the filly raced away.

Bell’s other winner Nitride rounded off a memorable day for Scone trainer Lou Mary. The latter trained Proverbial, the $51 winner of the Rosehill Highway earlier in the day.