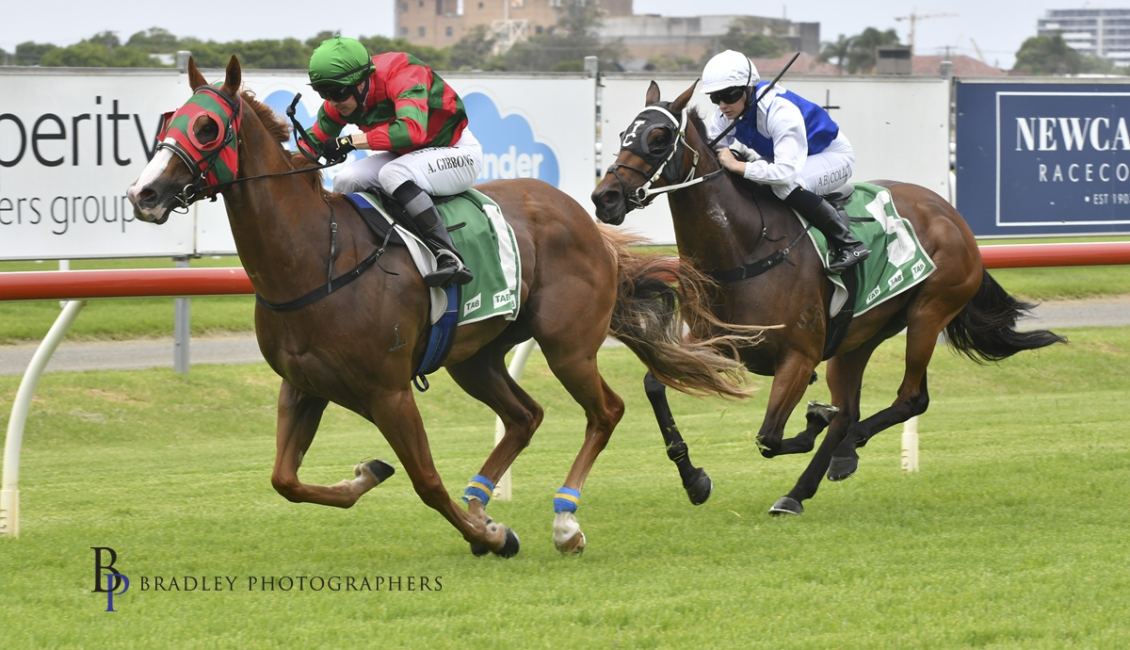 Veteran Sydney trainer Pat Webster chose Saturday’s Newcastle race meeting for his swan song to thoroughbred training and his lone runner Kosciusko went within three quarters of a length of providing his trainer with a fairy tale farewell.

Webster, after a fifty-five-year career in racing as a jockey and trainer, announced early in the week that Kosciusko would be his last runner at Newcastle on Saturday in the Westpac Rescue Helicopter Service Benchmark 68 Handicap (1200m). The gelding carried 59½ kilograms after the claim for Webster’s apprentice Brandon Griffiths.

With no speed in the race Griffiths was instructed to lead and he gave a good sight leading to late in the home straight. The $3.60 Medowie trained Leave Me Some, outgained Kosciusko ($5) to win by three quarters of a length with $21 chance Writing Unexpected in third place.

The winner trained by Grant Marshall, has had seven starts this preparation for three wins, three seconds and a third. The Newcastle Jockey Club made a special presentation after the race to Webster who trained Happy Clapper, winner of three Group 1’s, a Newcastle Newmarket and more than $7 million.

Bred by Hillsborough (near Maitland) breeder Edwina Throsby who part owns the gelding Britain, has won two of his six starts both at Newcastle. Trained by Greg Hickman, this is a blueblood sired by Snitzel from London Lolly a half sister to former champion Chautauqua.

“Britain has now won $52,000 in prize money and he will need plenty more to secure a start on the Gold Coast. Today’s race was too short for Britain but he was still too classy. I will run him in the Wyong Magic Millions race on December 16 for another lead up to the Gold Coast Magic Millions. This horse is pretty smart and 1400m will suit him,” Hickman said.

Dominant Lady, a recent addition to Jason Deamer’s Newcastle stable scored a dominant win in the 900 metre Jayco Newcastle Maiden Plate. The $3 second favourite with Christian Reith aboard raced clear in the closing stages. She was formerly trained by Gai Waterhouse and Adrian Bott. Reith made it a treble later in the day when he piloted Secretly Awesome to victory in the 1880 metre Reanna Lantry Benchmark 64 Handicap and Oregon Trail in the Commercial Collective Maiden Handicap over 1600m. Secretly Awesome was a lucky late ride for Reith who replaced James Innes Jnr who was held up in traffic following an accident on the M1 Freeway at Ourimbah.