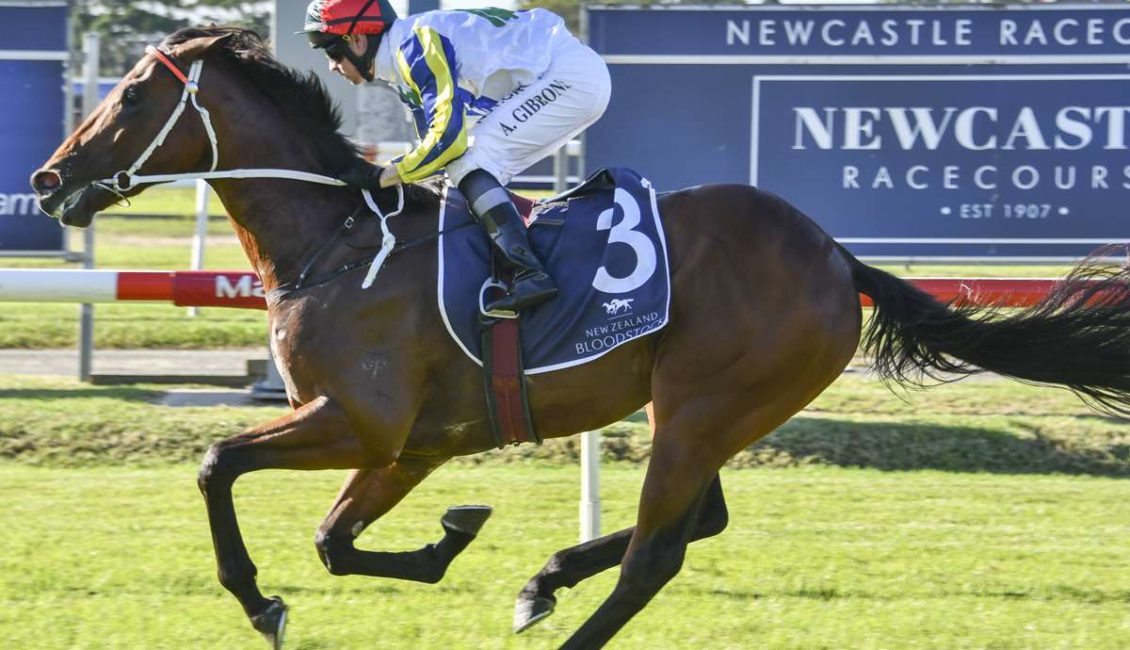 Kris Lees trained Kinloch, a $300,000 buy at the New Zealand Bloodstock Karaka Yearling Sale made a sensational racetrack debut at the Newcastle Jockey Club’s race meeting on Thursday. The colt, a son of super sire I Am Invincible, contested the 900 metre NBN News Two-Year Old Maiden Handicap in which he drew the outside barrier in a field of twelve.

Kinloch was one of the first to leave the barriers but Andrew Gibbons restrained him to the tail of the field. Still way back at the top of the straight, the colt produced a devastating sprint to win by a length.

Kinloch went into the race after a four length barrier trial win on the Beaumont track. Lees, like everyone else, was stunned by his juveniles performance. “That was some win, the plan was to ride him quietly because of the barrier, when Kinloch started to make ground in the straight I thought he is going to run on and it will be a creditable performance. I didn’t believe he could win but he stamped himself as a very promising colt,” Lees said.

Randwick trained filly Madam Legend confirmed her potential with another impressive performance in the 1400 metre Australian Bloodstock Fillies and Mares Benchmark 64 Handicap. Trained by Les Bridge the three-year-old is unbeaten in two starts this preparation both at Newcastle.

Port Macquarie apprentice Cejay Graham has ridden Madam Legend in both Newcastle starts and she put the filly in the box seat behind the speedy Red Light Dancer. Madam Legend raced away in the straight to win by 1¾ lengths. It is expected that the Hong Kong owned filly will head to a mid-week metropolitan meeting next start.

Local trainer Nathan Doyle produced another winner when Rhythmic Pulse defied all challengers to win the 1400 metre Benchmark 64 Handicap. Doyle only took over the training of the four-year-old this preparation and this was the horses third start for the Newcastle trainer.

The Newcastle track played magnificently as is the norm and received praise from leading trainer Peter Snowden in an interview with Sky Racing during the meeting.

With three months remaining in the current season the Newcastle premierships are at an interesting stage. In the Jockeys Premiership Aaron Bullock has ridden 19 winners, four ahead of Andrew Gibbons. James Cummings leads the Trainers Premiership with 16 winners, one ahead of Kris Lees. Tom Sherry head to the Apprentice Premiership with 11 winners, six more than Louise Day.