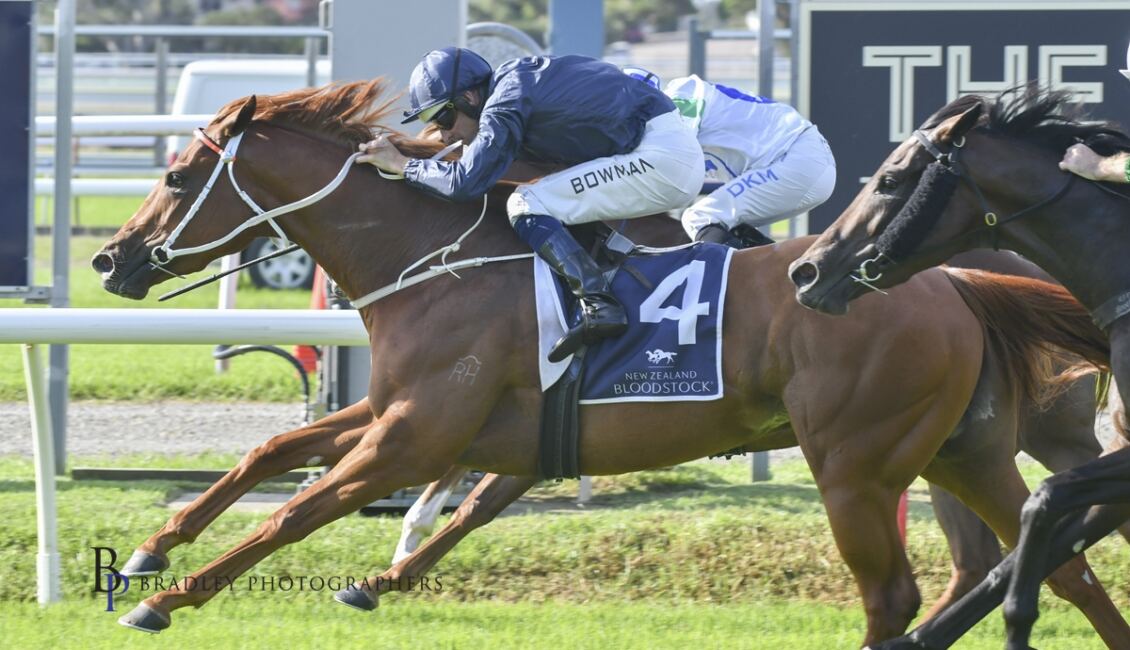 Newcastle’s premier trainer Kris Lees left the Newcastle Racecourse a happy man and rightly so on Tuesday. His Doncaster Mile favourite Mugatoo galloped brilliantly between races and he took the lead in the Newcastle Trainer’s Premiership after saddling up two winners.

Lees only had three runners at the meeting and his lightly raced three-year-old’s, I Say Hello and Rustic Steel were impressive. The New Zealand bred I Say Hello came from eight lengths off the pace at the 600 metres to win the Minder Cloud Services Benchmark 64 Handicap (1200m) by 0.16 of a length.

Raced by Coolmore and Kiwi Sir Peter Vela amongst others, this filly has only had three starts. She won on debut at Newcastle in March 2020 and then a skin infection kept her away from the track for eleven months. I Say Hello resumed at Newcastle on March 5 and came from a long way back to fail by a nose. She had a nice quite trial again at Newcastle last Thursday and Hugh Bowman was full of praise for her following the win.

Lees colt Rustic Steel won his second race in three starts when successful in the Avid PM Benchmark 64 Handicap (1200m). Raced by Queensland’s Wanless family Rustic Steel was given a gun ride by Avdulla behind the leaders. The colt raced away to win by 1½ lengths. Lees’ double takes him to 13 wins in the Newcastle Trainer’s Premierships, one ahead of Kim Waugh.

Another Newcastle trainer Nathan Doyle tasted success in the final event the Macka’s Sand & Soil Benchmark 68 Handicap (1400m). Four-year-old Favra joined the Doyle stable from Sydney trainer Gerald Ryan who retains a share in the ownership and he has had no luck in recent starts. Newcastle’s promising apprentice Dylan Gibbons was aboard Favra and he brought the gelding from last to win running away.

The training partnership of Gai Waterhouse and Adrian Bott won the first two races on Tuesday. Snitzel filly Chimes in her debut run sat outside the leader before drawing clear to win the Reward Hospitality 2YO Maiden Handicap (900m). Bred and raced by Arrowfield Pastoral and others, this filly is very promising. Tim Clark rode the filly and was again in the saddle in the Rarity Wholesale Maiden Handicap (1200m), when the filly Splendiferous cruised home.