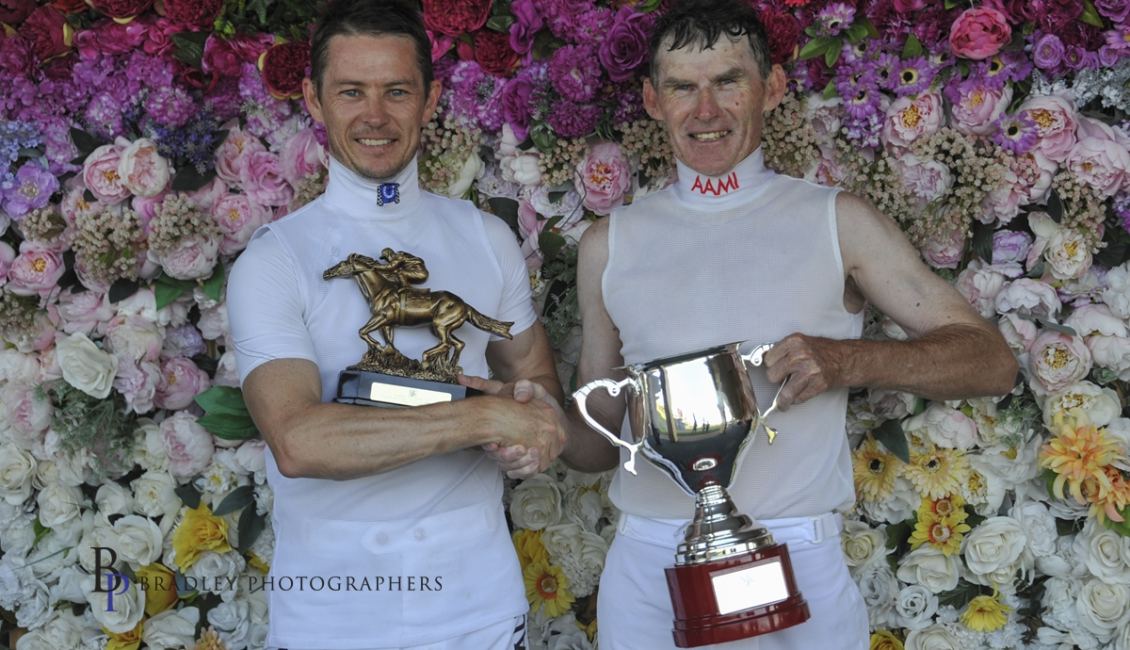 The Newcastle Jockey Club held its Legends Race Day on Tuesday and on a perfectly prepared track, the racing was first class. The Legends were Paul Perry, Kris Lees, Robert Thompson and Gary Harley.

A race was named after Newcastle legendary race caller John McDermott and the NJC provided a table of ten at the Legends function for McDermott’s wife Susan.

Legends Day was special for the Gibbons family as Andrew won the Robert Thompson Cup aboard Dame Kiri and son Dylan steered Yuralla Boy to victory in the Gary Harley Handicap. Nineteen-year-old Dylan outrode his three-kilogram country claim in just four months when he picked up a late ride on the Todd Howlett trained Yuralla Boy in the opening event.

Tuesday’s meeting was scheduled for last Sunday however, it was transferred to Tuesday because of the heatwave on Sunday. Howlett’s apprentice Mikayla Weir would have had the mount on Yuralla Boy on Sunday however on Tuesday she elected to ride at Armidale in preference to Newcastle.

Dylan has ridden 20 winners and he reflected after Tuesday’s win. “I didn’t expect my riding career to take off as quick as it has. The support from owners and trainers is unreal,” Dylan said.

Andrew was thrilled to win the Robert Thompson Cup as the Hall Of Famer is an idol and close friend of his. “Allan Denham said to me that Dame Kiri would go close but he thought she may be a run short and he was right. She peaked before the line but she is tough. I have always wanted to win this race. Robert Thompson in his prime was as good as any jockey I have ridden against. He has always been a close friend. He is one of those blokes you want to be like and it was special to win a race named after one of my idols,” Andrew said.

Sky racing popular presenter Chantelle Buckley is on leave after giving birth to her first child however she was cheering loudly from her Hawkesbury home when Latina Beauty, a mare she part owns with her mother, won the Paul Perry Benchmark 68 Handicap. The mare trained by Matthew Smith ran down her heavily backed stablemate American Salute to win by half a length.